One of the best parts of a road trip is the freedom to make interesting stops along the way. During a road trip from Chicago to Florida, I decided to take a break and have a little historical adventure at the Chickamauga National Military Park. I drove all night through Indiana, Kentucky, and Tennessee. As I approached the Cumberland Plateau on I-75 through Kentucky, the yellow lights were flashing indicating hazardous fog ahead. 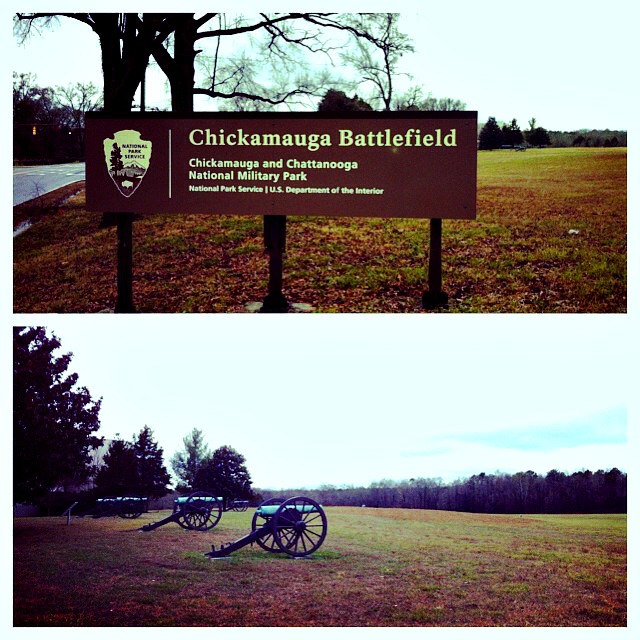 I gripped the steering wheel tightly as I could barely see the headlights from the cars and trucks ahead of me let alone the road. I remembered hearing horror stories of pile ups along I-75 in Chattanooga due to fog. 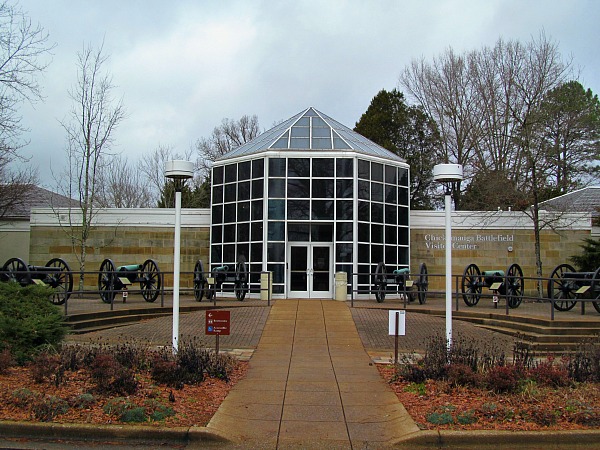 Eventually, I descended from the Cumberlands and hit Knoxville as day broke and arrived in Chattanooga for breakfast. I was exhausted after driving all night in such stressful conditions. I needed a break from the road and a place to stretch my legs and get some fresh air.

I consulted the map, and I decided this would be a perfect time to visit Chickamauga National Military Park just south of Chattanooga in Georgia. I had driven past many times and never made the stop. It turned out to be a perfect place to stop. It was not too far off of the Interstate, admission was free, and they have over 50 miles of trails to walk on. 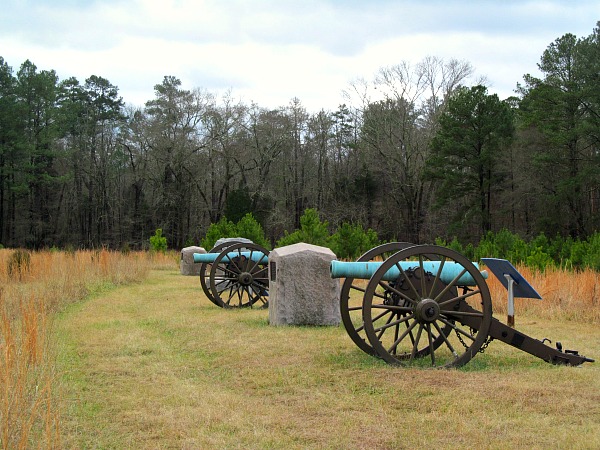 I only planned to stay for an hour or two and just get some exercise after being cooped up in the car for over 12 hours. Over four hours later and after taking a hundred pictures, I left Chickamauga with a greater understanding of the battle and the Civil War.

The history was fascinating as well. The National Park Service does a great job of presenting this historic Civil War battlefield. They present the history of the battle in an introductory movie in the Visitor’s Center. They then offer visitors a chance to reinforce this lesson two times if people wish to accept. 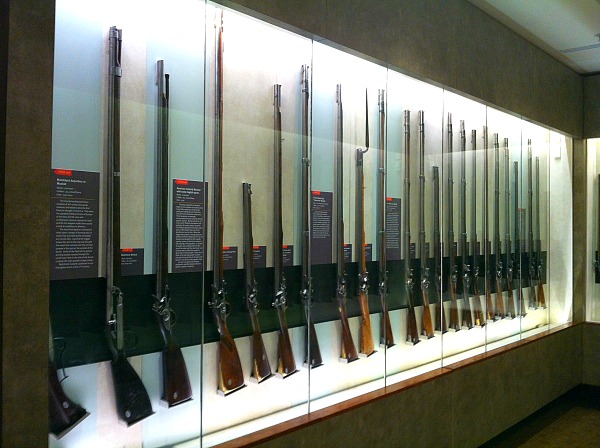 The first is through the exhibits in the Visitor’s Center once you exit the movie theater. The exhibits are arranged in chronological order and detail the events, describe the major personages like Generals Rosecranz, General Bragg, and of course the “Rock of Chickamauga,” General George Thomas, explains how the battle was fought, how it fit into the rest of the campaign, and why it was important to the war in general. The website depicts the battle as the death knell to the Confederacy, and the exhibits, movies, and of course the layout of the battlefield do a great job of explaining why this battle was so important. For gun enthusiasts, there is also the Fuller Gun Collection featuring 300 guns used by American soldiers through World War I. 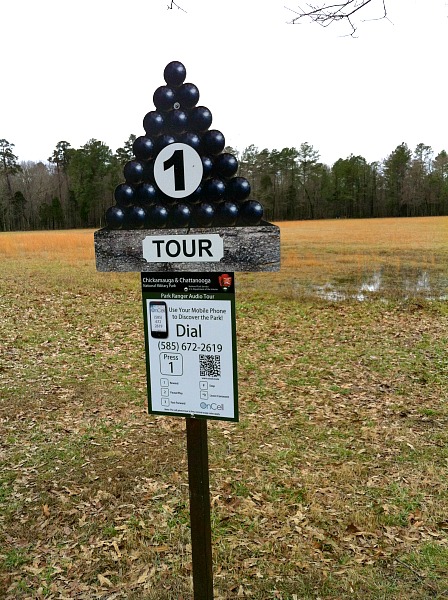 Time to explore the battlefield

After an hour in the Visitor’s Center, I was itching to get outside and walk some of the trails. Chickamauga is set up perfectly to tour by either car, by foot, or a combination of the two. There is a 7 mile self-guided auto tour.

The auto tour is the third way the park helps visitors understand the events of the battle.  The auto tour features an interactive dialogue explaining key points of the battle through your cell phone. You can call into the National Park Service number and push prompts to give key information on what happened at the place where you are standing.

Chickamauga is a beautiful and serene setting with rolling hills, flowing creeks, golden fields, and forests. It is hard to believe that a major bloody struggle took place in these quiet hills in 1863. I have that same impression every time I visit a Civil War Battlefield. This is because the National Park Service does a great job of preserving these historic spots to the way they were during the early 1860s.

Visiting a Civil War Battlefield is like an adventure in time to a more peaceful period, which is in direct contrast to the fact that you are walking on ground that saw the most violent episode in our history.  Machinery of war with hundreds of monuments sprinkle the picturesque setting with remnants of structures from the period including old buildings, farms, and wooden fences. 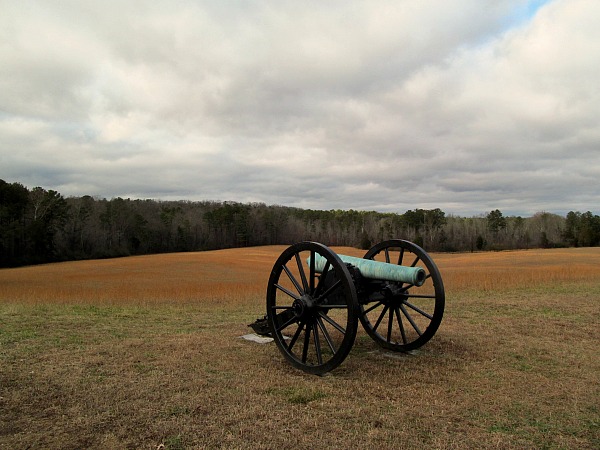 Chickamauga is close to Chattanooga, so there is a lot of traffic that rolls through here. I am sure many people had the same idea and took a detour from their road trip to drive through the battlefield. Despite the number of cars, it was not difficult to wander off and be by yourself except for one of the hundreds of memorials found along the area.

I left this park energized to drive a little longer. I also realized this area deserves more attention and a longer stay the next time I come through this area. With the Lookout Mountain National Battlefield close by and 50 miles of trails, I would definitely love to come back and explore this region longer than a half day.

I have now visited Gettysburg, Antietam, Stones River, and now Chickamauga as far as Civil War Battlefield sites. I would love to visit Shiloh, Vicksburg, and some of the other famous spots in the east like Chancellorsville, Bull Run, Appomattox, and Fredericksburg.  Have you ever visited a Civil War battlefield? Which is your favorite or one that you recommend?