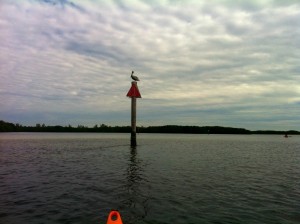 A kayaking adventure is a great way to spend time with friends and family. Often times, when we get together, we intentionally coup ourselves indoors. While it is great to spend quality time with loved ones, close proximity can sometimes lead to boredom and stress. This is why it is a great idea to mix it up a bit and instead of another restaurant, another cookout, or another episode of sitting around watching football, why not have an adventure together.

While on a road trip to Florida, I visited my college roommate Kerry O’Reilly in St. Petersburg, Florida. At the same time his parents were also in town to spend New Year’s with their son’s family. It also so happened to be my birthday. Instead of watching yet another bowl game, we all escaped the house and went kayaking. 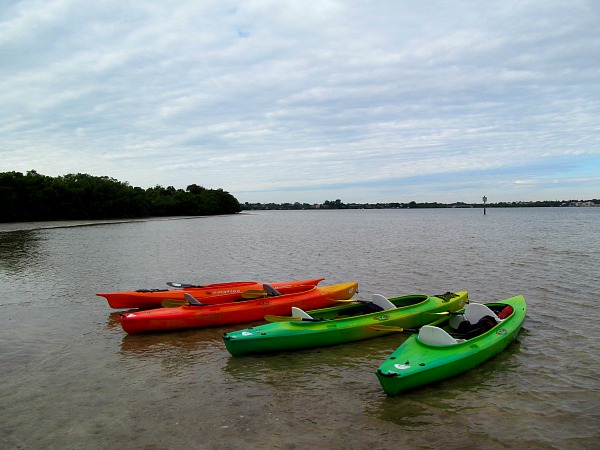 Our rented kayaks from Sweetwater rental

Our destination was the Weedon Island Preserve in St. Petersburg. Weedon Island Preserve is a 3,000 plus acre natural area situated in Tampa Bay comprising of marine ecosystems with a coastal area covered in a mangrove forest.  Besides kayaking and canoeing, there are also hiking and fishing opportunities in the preserve. They have a boardwalk trail that leads to an observation tower. We witnessed people having great success fishing from the pier. 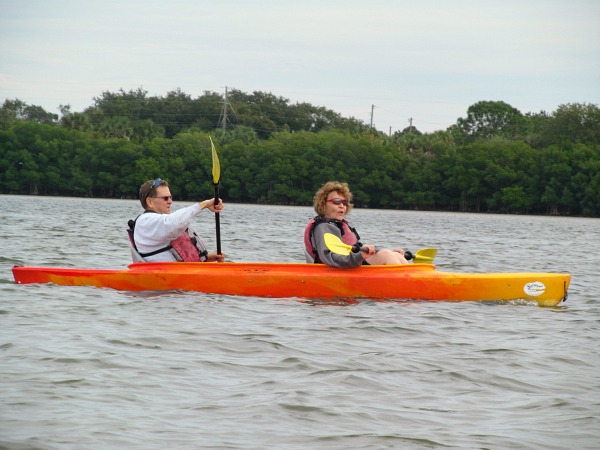 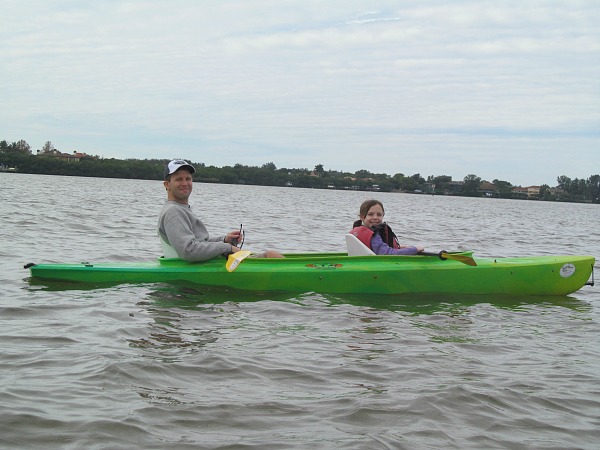 We rented kayaks, three tandem kayaks and a solo one for myself, from Sweetwater Kayaks. We were given a map of the kayak trails and a little information on the tides. Unfortunately, the tide was low and the water levels were even lower. There is a trail through the mangroves, but we were told it would most likely be impassable. 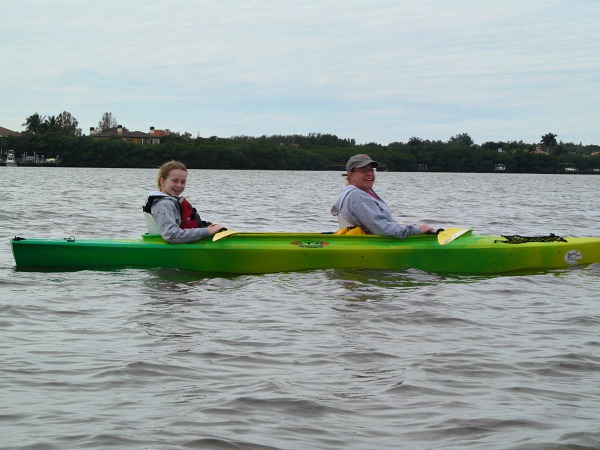 It was a beautiful 70 degree cloudy day. Since there was little protection from the elements, it was a perfect temperature for kayaking in the open water. There was a slight chop, but nothing that made the paddling uncomfortable. 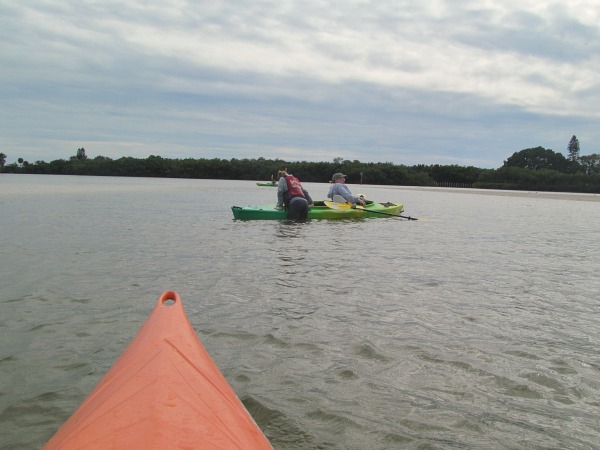 The only mishap other than the failure to maneuver through the mangroves was momentarily getting stuck on a sandbar out in the bay. One of the girls bravely got out of the boat and pushed off the sandbar only to unexpectedly fall waist deep in water once dislodged from the bar. 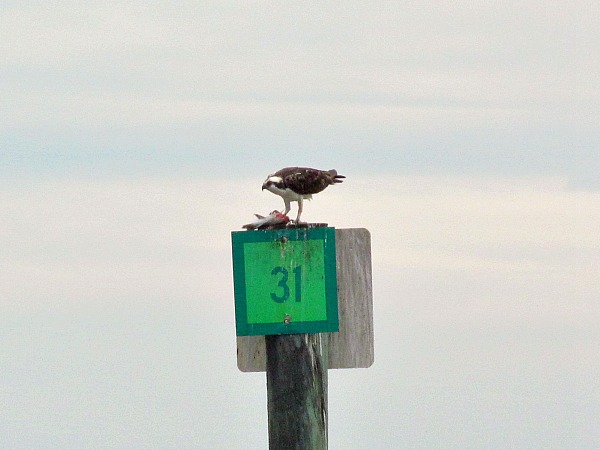 On the  road to the put in, at a traffic light in the middle of St. Petersburg, an osprey swooped overhead with an impressive fish in its talons. The osprey were eating well on this day. It seemed the theme of the day. As we rounded the bend and began to enter the mangroves, another osprey flew overhead, also with a nice catch dangling behind. 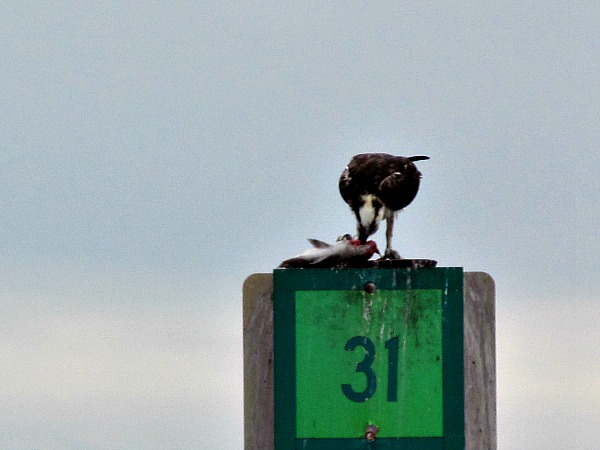 Osprey tearing it up at Weedon Island

The osprey landed on one of the signs and began to devour its prey. It was not bothered by our presence in the slightest, and I was able to get a few nice photos before moving on to the mangroves. 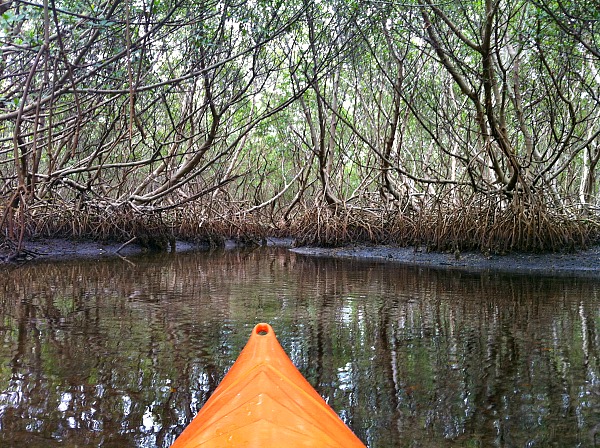 We were unable to get through the mangrove trail, but I was able to paddle up a short ways and get the mangrove tunnel experience.  It was cool to be completely surrounded by these unique coastal trees. 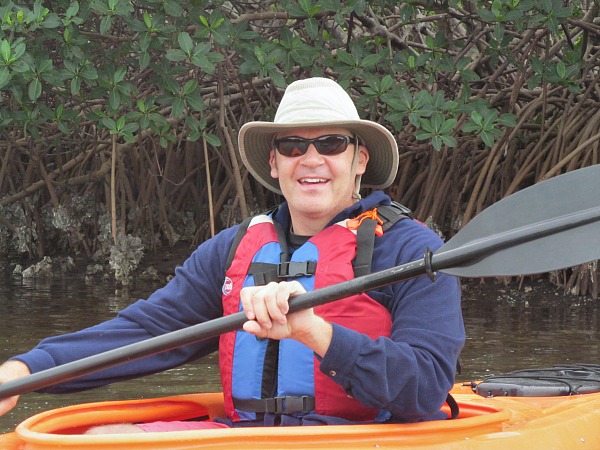 Unable to pass through the tunnel, we had to return the way we came. A loop is preferable to an out and back, but since we had no choice, we returned the same way. 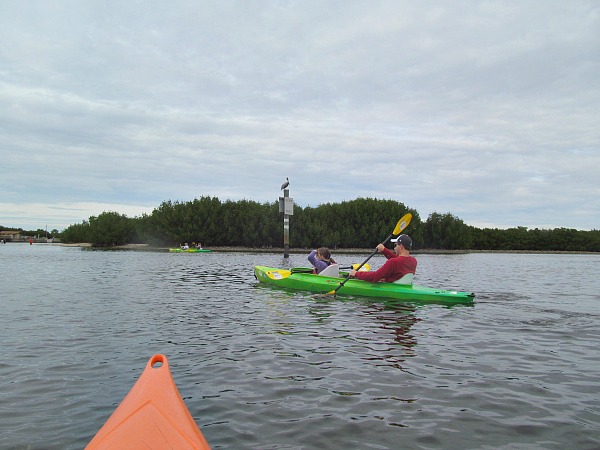 Time to turn around and kayak the way we came 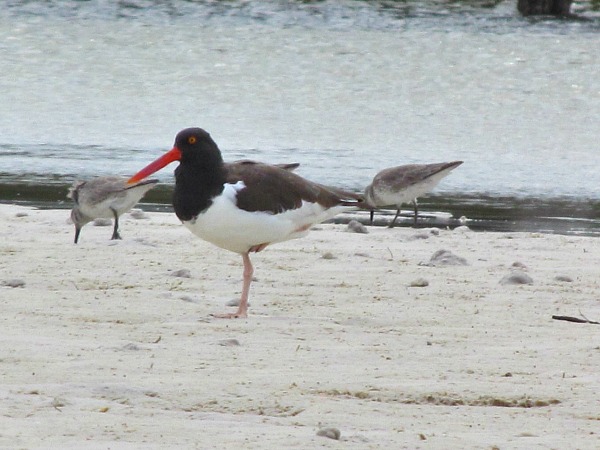 An American oystercatcher feeding on an exposed sandbar 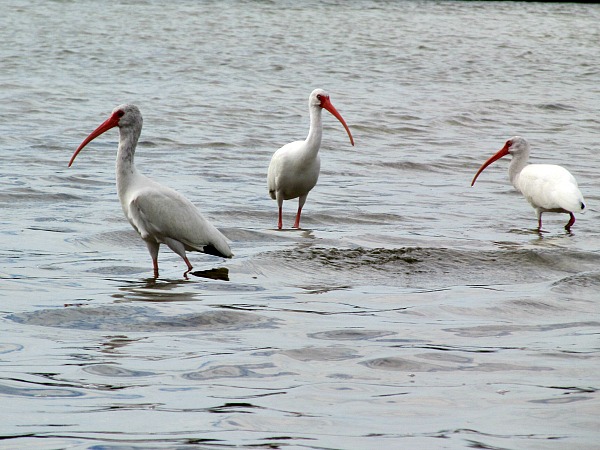 It was a great way to spend New Year’s Eve and my birthday paddling with three generations of O’Reilly’s. We returned back to the put in and took the obligatory group pictures after a fun two hour paddle through the mangroves. 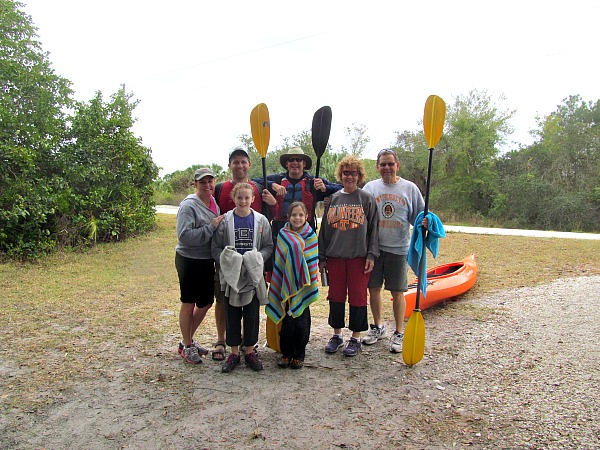