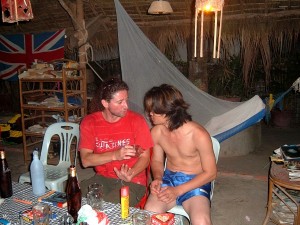 Sitting under a thatched roof drinking a beer with people from all over the world in Siem Reap, Cambodia, the last thing I expected to occur was a martial arts battle to break out.

This is one of the beauties of travel: you just never know what might occur. The unexpected could happen anywhere. Crazy things sometimes happen on the way to work, but odd situations are more likely to occur in a foreign country half way around the world. 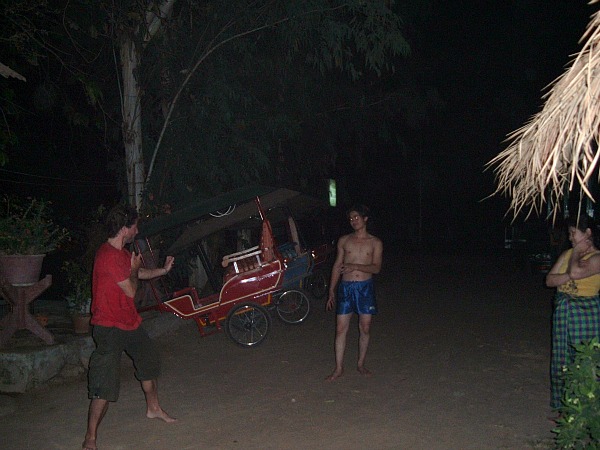 I was talking to two interesting German dudes named Ollie and Harry. We were relaxing and enjoying the evening with an Angkor beer listening to the throaty call of the gecko around a table under a thatched roof at the Sidewalk Guesthouse.

All of a sudden, an older Cambodian gentleman appeared with a younger kid who did not have a shirt on. Even though it was still hot at 10 p.m. it was an odd situation, and we wondered who they were. Were they part of the staff at the guesthouse? Were they guests? Were they Cambodian or travelers? Who were these mysterious people? 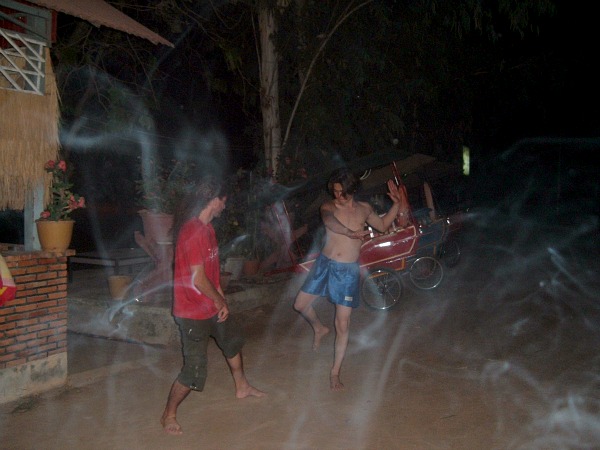 Through the haze of someone’s cigarette smoke, the fighters dueled in the Cambodian night

Someone inquired to one of the workers at the guesthouse who the two were. We found out that the older guy was a martial arts teacher and the young kid was his protege. This was like the Karate Kid Cambodia style right before our eyes.

As soon as Ollie heard about this development, he perked up in attention and started to ask more questions to the hostel worker who served us another Angkor. Ollie and Harry were pretty interesting dudes. They worked at a restaurant in Germany, listened to the Kill Bill soundtrack incessantly, rode motorcycles, had long hair, and were experts in meeting local people. 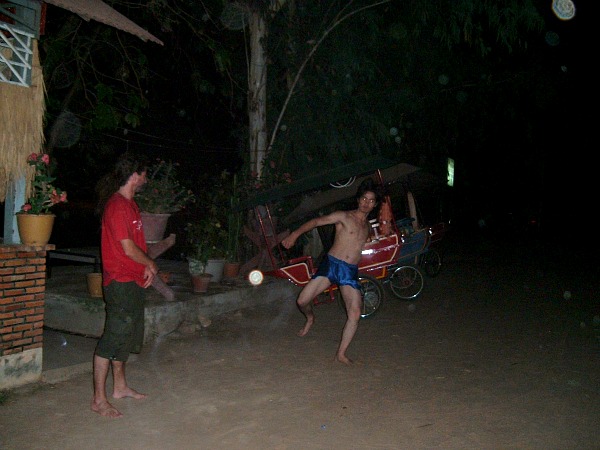 They would drive around the Cambodian countryside and would come to a house with friendly people outside and would stop and say hello. They could hardly speak English and not a lick of any language in any of the countries they were visiting, but they would just smile and nod and the people loved them. They had these amazing pictures of these Cambodian families posing outside their house with Ollie and Harry in them smiling as if they were part of the family. 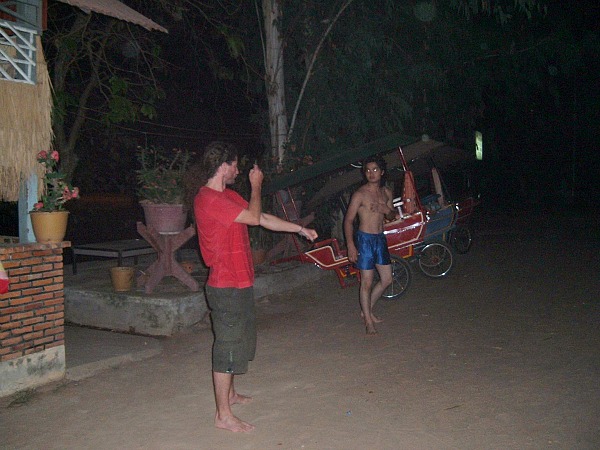 Our Karate Kid and his Miyagi again emerged and came out to say hello to us out at the table. Ollie immediately started asking the young kid about his martial arts background. He said that he too has taken lessons and knows how to fight a little bit. He then challenged the young man to a fight right there on the dusty pavement.

The kid and his teacher agreed and soon the driveway at our guesthouse resembled a Peter Sellers Pink Panther movie. One of the funniest scenes in the brilliant Pink Panther movies was Inspector Clouseau battling it out with Kato.

The sounds of the night were soon replaced by shrieks of hhhiiiiiiiyyaaaaah, cheers from other travelers, and a few giggles by amused spectators. The gecko stopped calling, presumably even he stopped what he was doing to check out the scene. 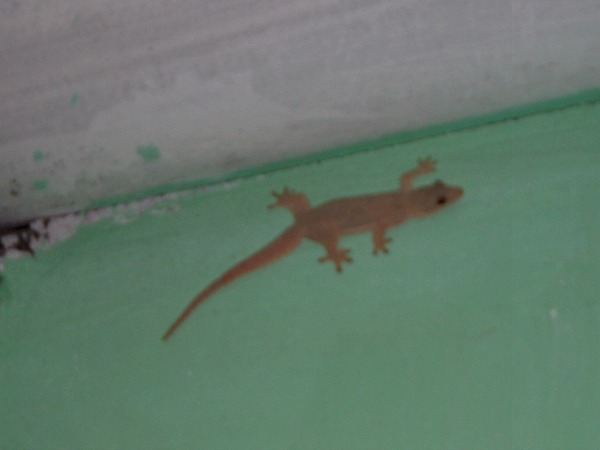 Even the gecko went silent when the battle erupted

The two whirled and twirled around the parking lot in front of our bar, and we were treated to some moves Bruce Lee would have been impressed with. I was following the action the best I could taking pictures, but not wanting to get too close fearful I might catch a stray punch or kick. 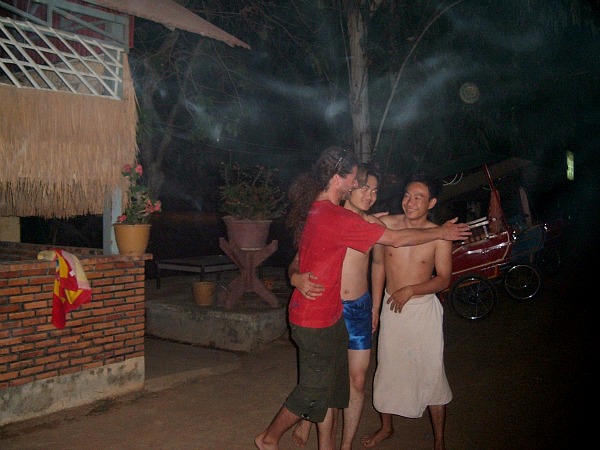 Soon peace has been restored

Soon the battlers were fatigued in the muggy Cambodian night. We retreated back to the table under the thatched roof to renew listening to the raspy voice of the gecko, drink another Angkor beer, and talk about where we have been or where we were going.  Just another night in Southeast Asia.