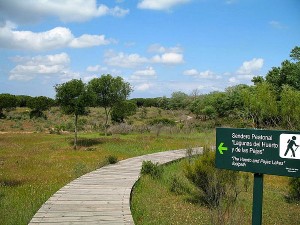 Doñana National Park in Huelva area of Spain is the scene of today’s guest post.

Andalucia is the largest region in Spain, located in the south of the country. There are olive groves, small villages with white houses and pristine beaches on the coast. 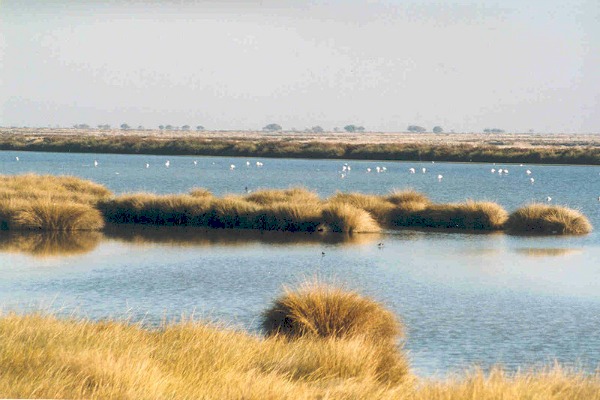 Huelva is located in the south of the region next to Portugal and is one of the most visited provinces. The Doñana National Park lies in this province. It is one of the largest natural parks in the country and the place where many birds migrate to.

The national park offers guided tours around this vast natural reserve. The tour leaves Matalascañas and follows the sand dunes across the coastline. The 4×4 safari is one of the most popular tours, which allows visitors to visit the sandy dunes and the beach, the marshes filled with birds and the fields where local animals can be seen. 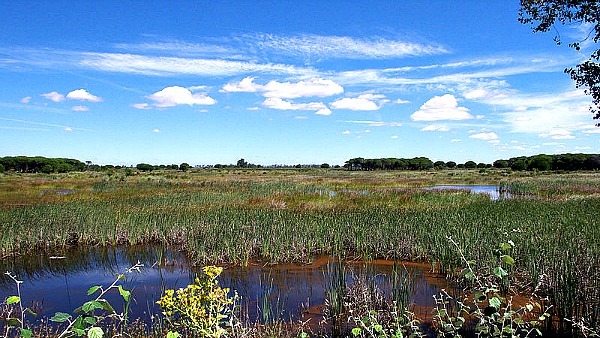 There are three official campgrounds in the national park. Visitors who stay there will be able to explore the park and the animals and birds that can be found there.

Birdwatching can be enjoyed in several points in the park. The El Rocio bridge is one is the most popular birdwatching spots.

These provinces are known for their tradition. During Easter the streets are filled with procesiones, when locals carry statues of saints from church to church. El Rocío is one of these traditional villages, a pilgrimage site located in the province of Huelva. Many Andalusians join the locals during the Fiestas del Rocío, a colourful and traditional feast in honour of the Virgin.

After a tour around the National Park visitors can take a detour to nearby Cortegana. This small town in the sierra of Huelva is known for its ancient castle. Cortegana Castle is a preserved fortress with several towers and a keep, and is located on a hill where visitors can enjoy views towards the town. 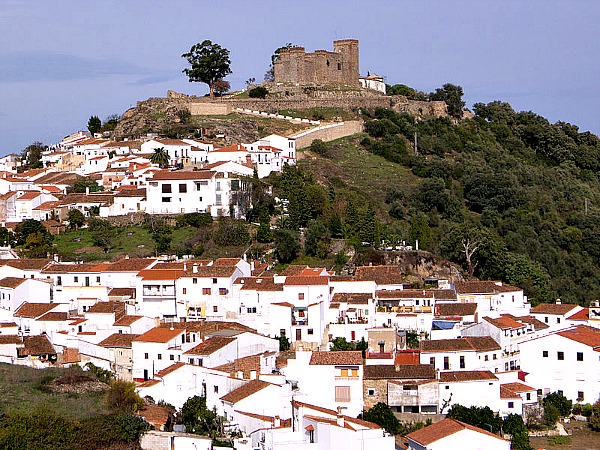 Huelva is a province known for its scenery. The vast sand dunes next to the Atlantic coast, the marshes near the national park and the small villages peppers across the countryside offer visitors many outdoor activities. Some popular activities include cycling, horse riding, mountains biking and trekking in the Huelva mountains.

The Sierra Morena is an extensive range that forms a border between the region of Andalucia and the rest of the country. Part of the mountain range can be found in the province of Huelva, and some of the best jamón, cured ham, is produced in the region. There are many options for hikes in the mountains, including treks near the Rio Tinto.

The Sierra de Aracena and Picos de Aroche Natural Park is located in the north of the province. There are several hiking routes across the park, which has many chestnut and pine trees, valleys and waterfalls. During the hikes visitors will be able to see eagles, hoopoes and vultures. Nature trails on horseback around this sierra is a popular option. The Aracena Dam offers several water activities, including canoe and kayak. Visitors will be able to visit the Gruta de las Maravilla, a cave with several underground lakes and formations.