Harney Peak in the Black Elk Wilderness section of the Black Hills National Forest in South Dakota is the highest mountain in the United States, east of the Rocky Mountains. Warne Peak is 7,242 feet high. There are nine mountains in South Dakota higher than the highest mountain east of the Mississippi River, which is Mt. Mitchell in Virginia at 6,684. 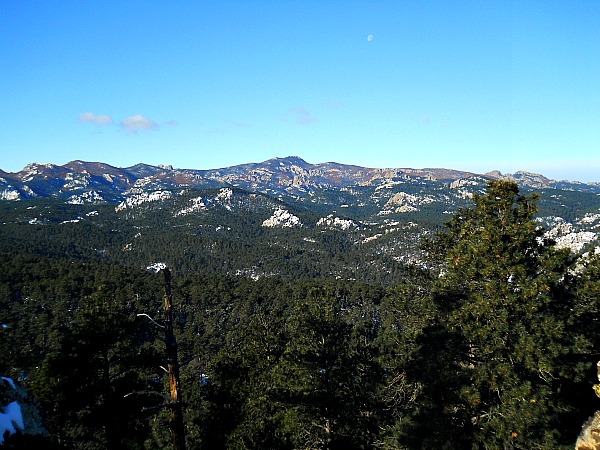 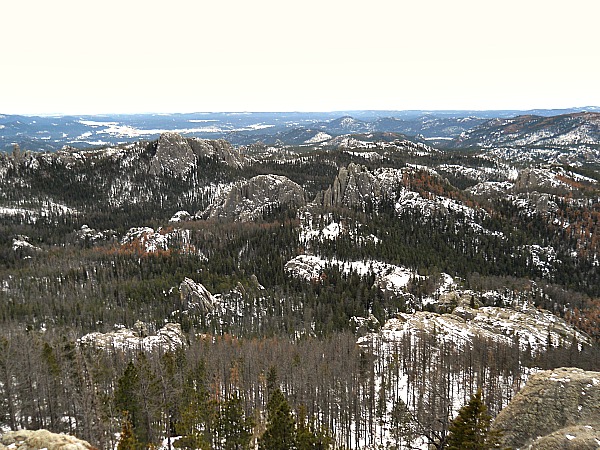 The beautiful view from Harney Peak in the Black Elk Wilderness 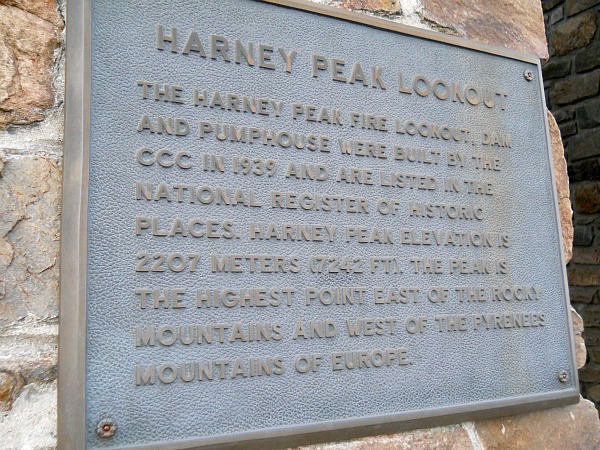 Harney Peak inscription at the base of the tower

At the top of Harney Peak is an observation tower built by the CCC in 1939. On a windy, very cold Thanksgiving weekend I summited this peak on a backpacking trip. I ran into a couple on the way down who looked at me like I was crazy when they saw my backpack.  “Are you camping out here,” they said looking at the foot of snow covering the landscape. “Yes, I am,” I replied. They lived in the area: you know you are doing something out of the ordinary when the locals look at you like you are insane. 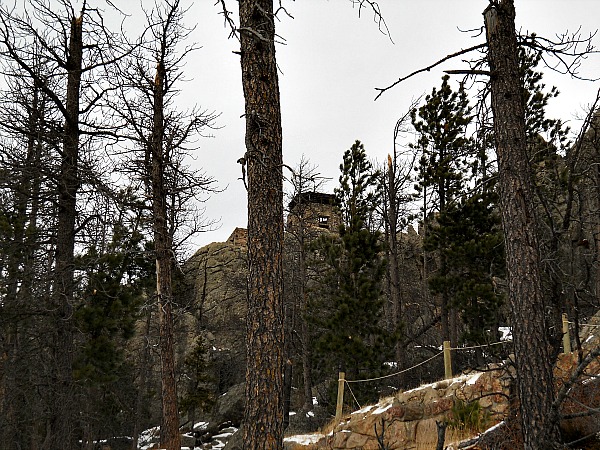 The first view of the top of Harney Peak 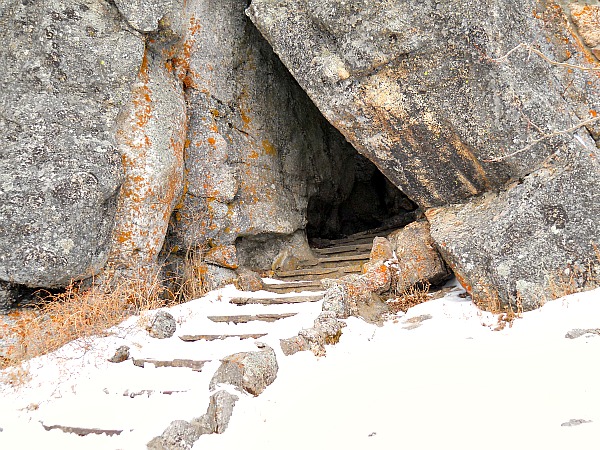 The stairs leading up to the Harney Peak tower

Harney Peak is usually packed with visitors, but now when it is sub 30 degrees with half a foot of snow on the ground, I had the observatory to myself. I stood in awe of the surrounding Black Hills. Rock formations thrusting out of the ground could be seen near and far. 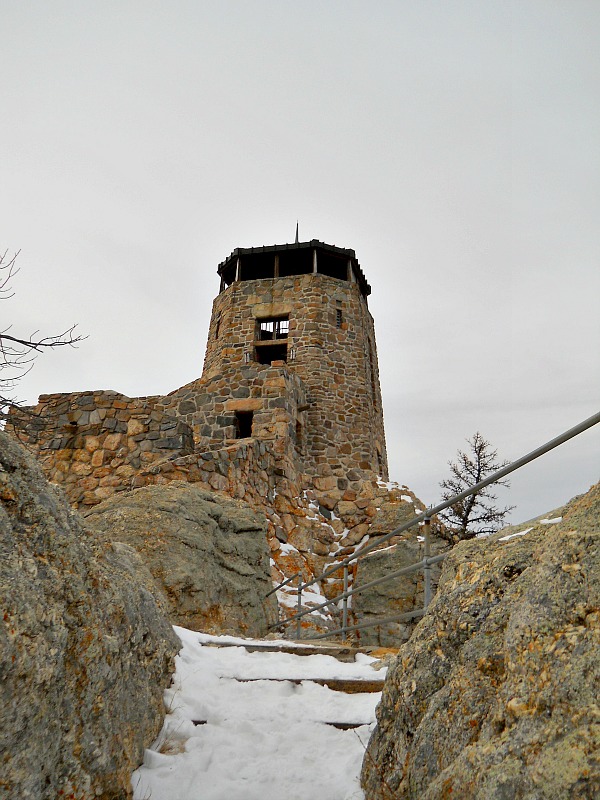 Harney Peak Tower built by the CCC in 1939

After taking many pictures and enjoying the landscape it was time to take off. I descended down the other side of the mountain. There is a sign there stating it was not the way to Sylvan Lake. Most people come up for a day hike from Sylvan Lake in Custer State Park. It is a 3.5 mile one way trip, so a 7 mile round trip, which is the perfect distance for a day hike. Apparently some day hikers become discombobulated with the beauty of the lookout and head the wrong way down the trail.

My car was on the other side of the mountain, but it was getting late, so I camped about a mile down the mountain. The wind howled and temperatures plummeted in to the teens. As the sunset, a ray of light hit the Harney Peak tower and glowed blood red. It looked like Dracula’s Castle in the eerie twilight. 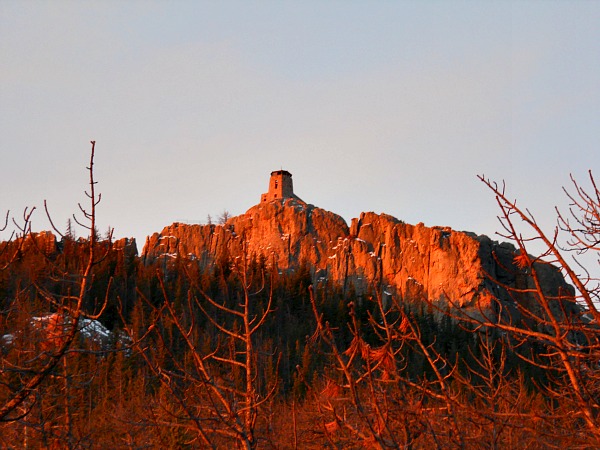 As soon as the sunset, so did I: exhausted from a long day of hiking. I turned in at 6 p.m. One does not winter backpack for the nightlife. 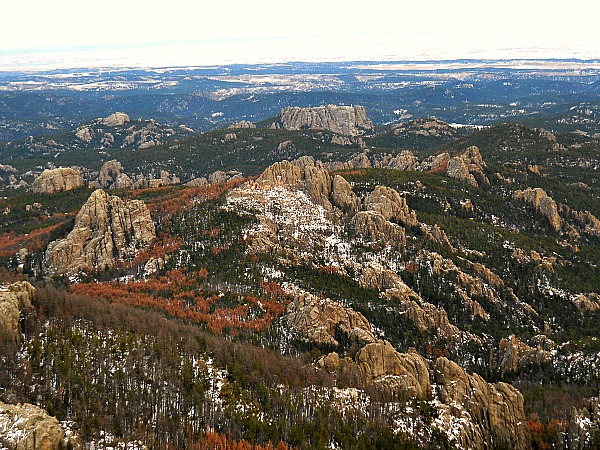 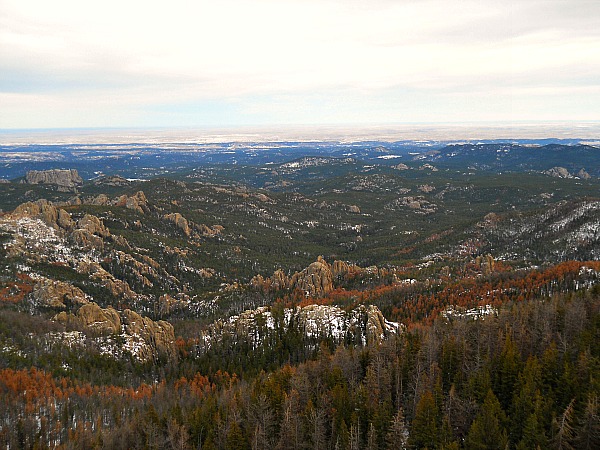 The Black Hills scenery is fantastic 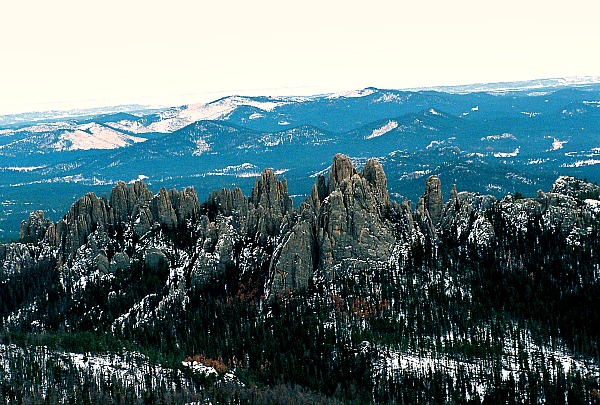 Close up of some amazing Black Hills rock formations 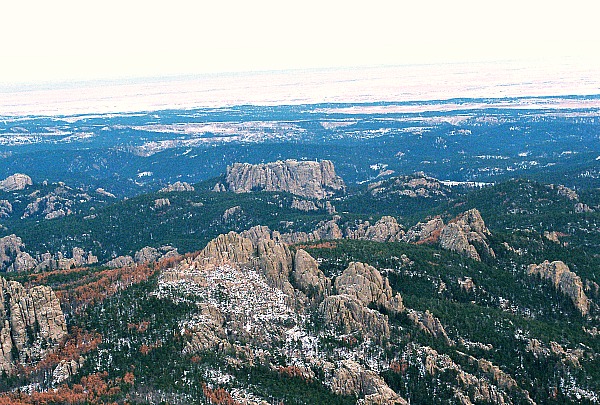 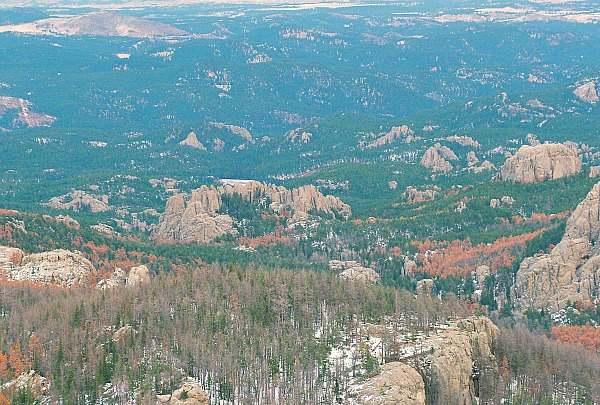 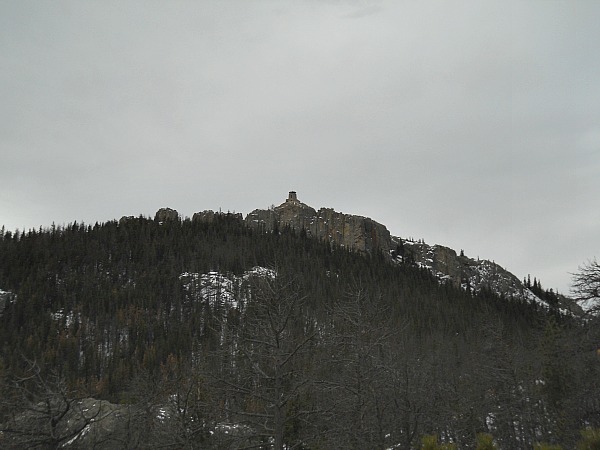