I will be visiting Puebla, Mexico  thanks to a blog trip through Traveldudes and We visit Mexico. I will be tweeting, posting on Facebook, and of course blogging starting on Wednesday. To get us in the Puebla, Mexico mood, Jetting Around has graciously offered to share her experience of the city in this awesome post. 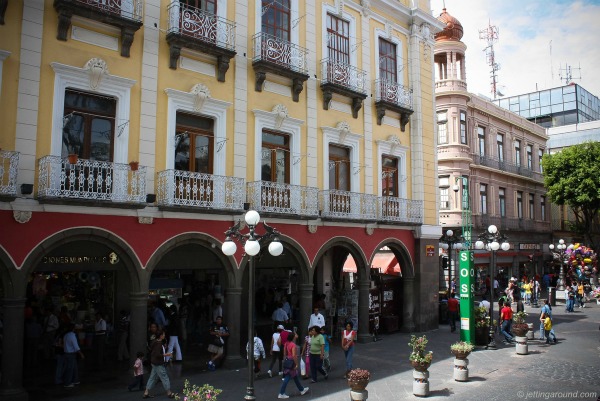 Visiting Puebla, Mexico – All photos courtesy of Pola from Jetting Around

Puebla, located 85 miles south-east of Mexico City, is the 5th largest city in Mexico (population 1.5 million). Founded in 1531, it’s also one of the country’s main Spanish colonial cities and a UNESCO World Heritage Site due to its Renaissance and Baroque architecture. It’s also where the Mexican Revolution began and Battle of Puebla May 5, 1862 took place. Nowadays the latter is commemorated by the holiday of Cinco de Mayo (Spanish for May 5th).

The city is easily accessible by bus from Mexico City, a roughly two-hour ride. The Estrella Roja/ADO company runs first-class buses that come with lots of legroom, snacks, a beverage, and onboard Wi-Fi. 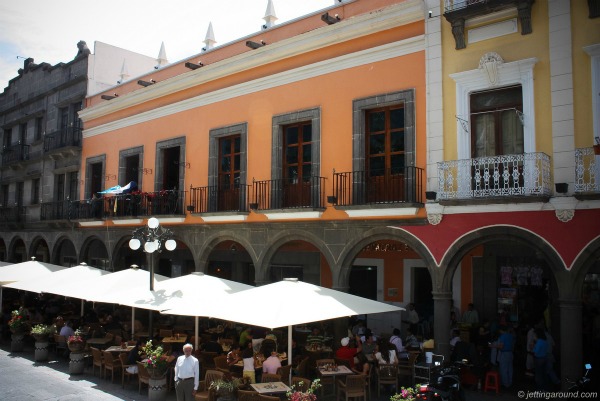 While in Puebla, there is lots to see, do, and taste. Here are a few suggestions for visiting Puebla:

1. Relax in the zócalo

You may feel like you’re across the pond in this European-style main square, complete with a cathedral, arcade buildings and outdoor cafes. It’s a great place to spend a “lazy” afternoon and soak in the city’s atmosphere.

The city’s old town has a number of well-preserved buildings dating back several centuries ago. Many of them feature elaborate tiles. One such building is Casa de los Muñecos (“House of Dolls”), once a yarn warehouse, now a restaurant and a cultural institution. Another one is Templo de San Francisco, the oldest Catholic church in the city. Paseo Bravo, a long and narrow plaza, features a tiled-church and fills up during the week with lunch crowds.

3. Get to know the history & local crafts

History enthusiasts will have plenty to see when visiting Puebla beginning with numerous museums, including pre-Hispanic collections at Museo Amparo and Mexican Revolution artifacts at Museo Regional de la Revolución Mexicana. The city is also home to Uriarte Talavera, a painted pottery workshop and store. 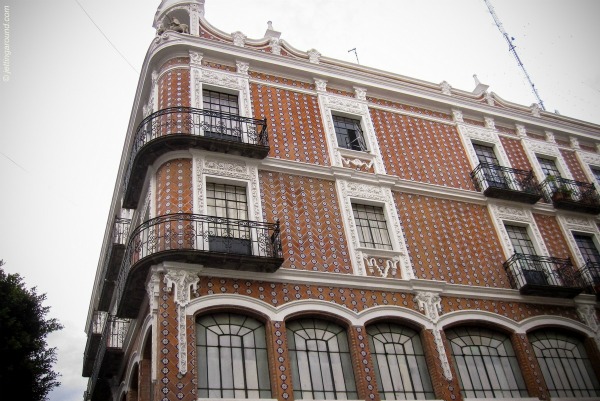 Puebla has long been known for its culinary traditions. It is the birth place of mole poblano, a dark-colored sauce made from around 20 ingredients, including chili peppers and chocolate. Cemitas are a type of sandwich, served on a round bread-roll and with a variety of toppings, including quesillo, a Mexican string cheese. Chiles en nogada is a dish of stuffed peppers in a walnut cream sauce.

Lots of historically-significant towns are located a short bus ride from Puebla, including Cholula (one of the longest-inhabited places in Mexico and the site of the Great Pyramid of Cholula). For a relaxing day out, head to Atlixco (the “City of Flowers” is known for excellent weather).

Pola Henderson is the founder and editor of Jetting Around: City Travel Blog. A native of Krakow, she has called Chicago home since 2002. When not busy in her 9-5 job, Pola ventures out to explore cities and their culture. She can be found on Twitter, Facebook and Google+.