The Sleeping Bear Point Trail was named one of the best hiking trails in a recent National Geographic publication. I saved the best for last as this trail was earmarked for my final day in this beautiful park. It did not disappoint. 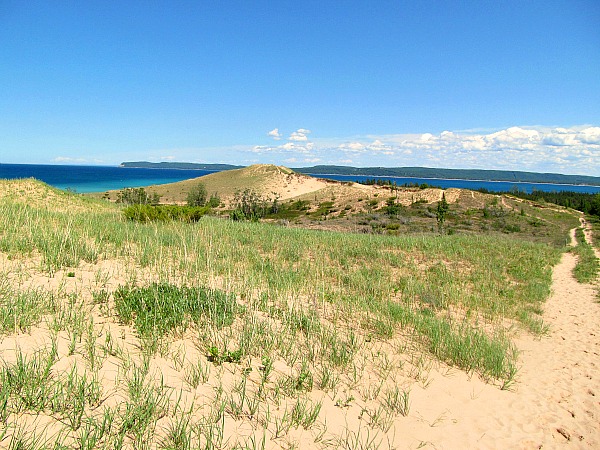 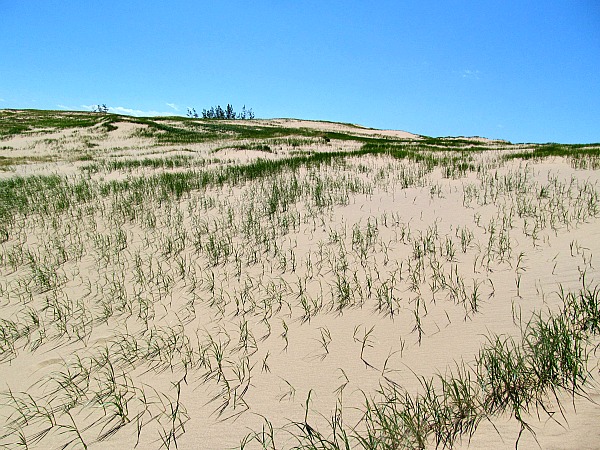 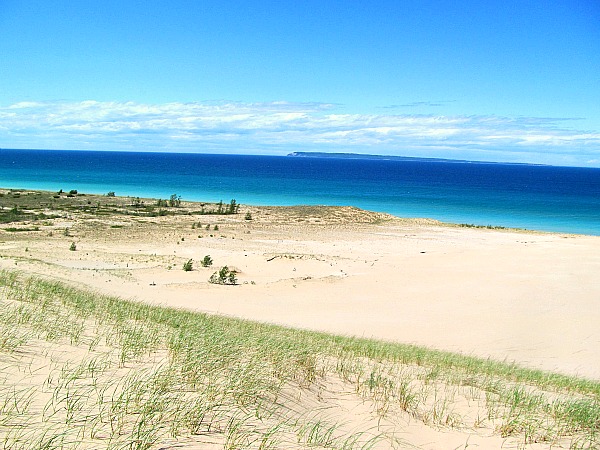 The first section is similar to the Dunes Climb with fantastic views of the dunes, Lake Michigan, and the Manitou Islands. The trail then cuts inland into an amazing sand lake. At least that is what it looked like. Against the back drop of the sand lake was a ghost forest. 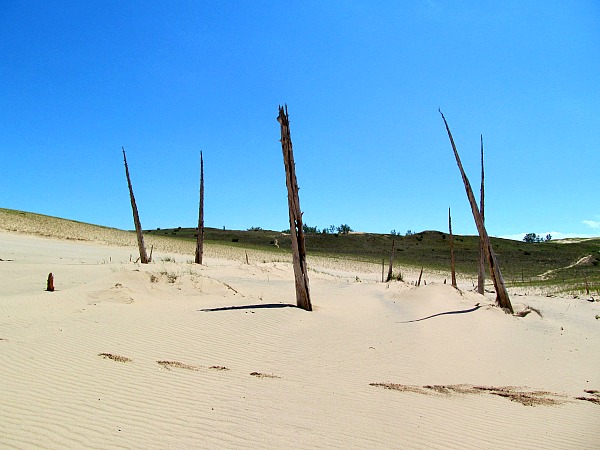 A ghost forest happens when trees are killed by shifting sands and buried. The sands shift again exposing a group of dead trees. The ghost forests leave behind an eerie Tim Burton like back drop. As I was hiking through this ghost forest, I scared something that was very alive. A white-tailed deer burst out from over a sand dune and cruised through the ghost forest. It was an interesting contrast seeing a very alive animal impressively galloping through a long dead forest. 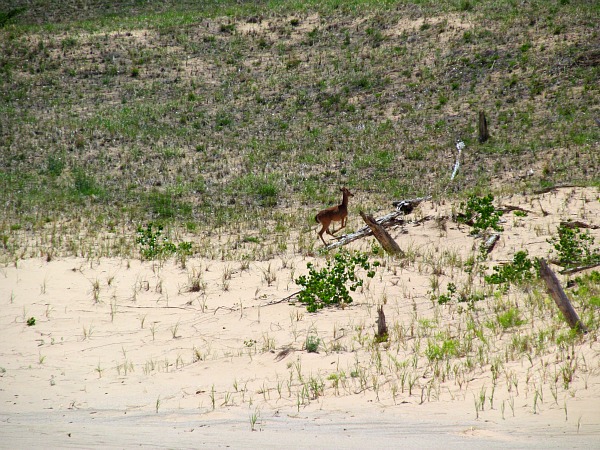 Was the white-tailed deer scared from my presence or was it the ghost forest that scared it?

Besides the ghost forest, evidence of power of the shifting sands and the wind coming off Lake Michigan can also be detected from the trail markers. The trail markers stand about five feet high. I saw a couple of them completely buried in sand with only a notch sticking up over the sand. A once proud stick guiding humans on a trail became a sign post for the power of nature. 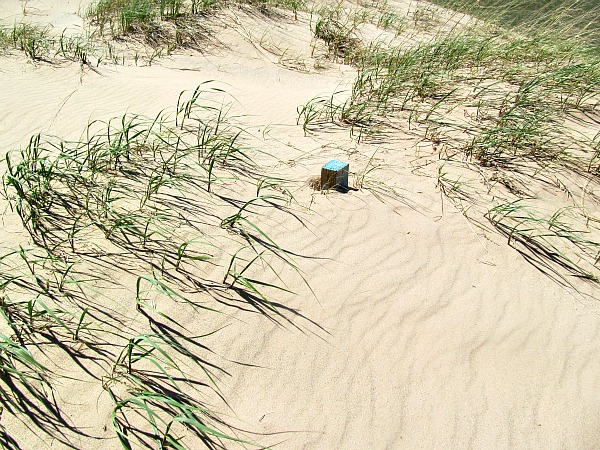 The trail continues to move inland and eventually leaves the dunes all together and then cuts into a beautiful lush green forest. This was music to my feet and calves, which were really worn out from the extra effort the legs need to produce from powering against the sliding sand. The walking became much easier in the forest. 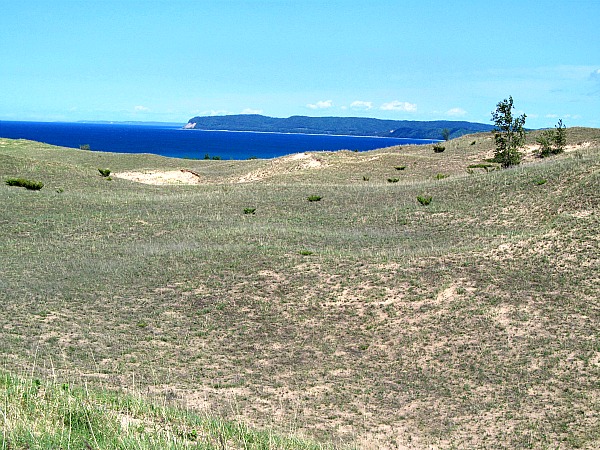 Before we turn inland, one more look at beautiful Lake Michigan

I would say about a mile of the trail was in this easier environment and it was amazing the difference this section made. This trail is about a half mile longer than the Dunes Climb, but I found it much easier due to the lack of elevation gains and the section in the forest. 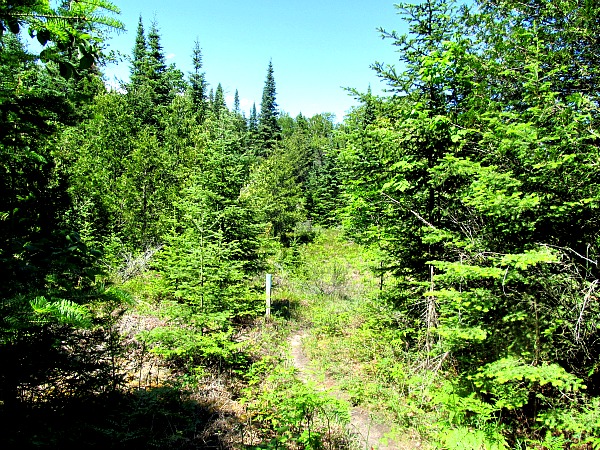 The walk through the forest was beautiful. It is amazing how such a different yet equally beautiful environment can exist in nature when passing a threshold like in the Sleeping Bear Dunes. Once you get away from the coast, the strength of the Lake Michigan winds dissipates and you enter a northwoods forest similar to those you find in Wisconsin, Minnesota, and the rest of Michigan. Walk back out towards Lake Michigan and it is back to the golden sands and the deep blue of Lake Michigan.