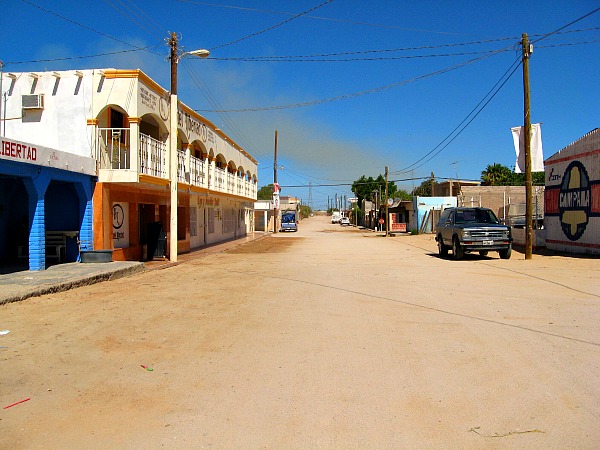 In a reason post, I reviewed the book Hypertravel by Hardie Karges. In two years Hardie visited over 100 countries. With so much to draw on, I figured he would be the perfect person to ask to write a guest post. What follows is no 100 country adventure, but a fun time with him in our neighbor to the south. Take it Hardie!

Mexico was never famous for its gold.  That was elsewhere…in California, Yukon, and Australia.  Mexico had silver, good enough to be re-stamped and serve as currency anywhere in the world two hundred years ago.  But these days Mexico has another kind of gold—sunshine—and the tourism it brings.  Sure, colonial architecture is fine, and indigenous culture will satisfy us of esoteric tastes, but if you really want to pack in the tourist tush, then you gotta’ have beaches…and lots of them, the more the better.  That concept is changing the landscape of coastal Sonora, on Mexico’s northern border with Arizona. 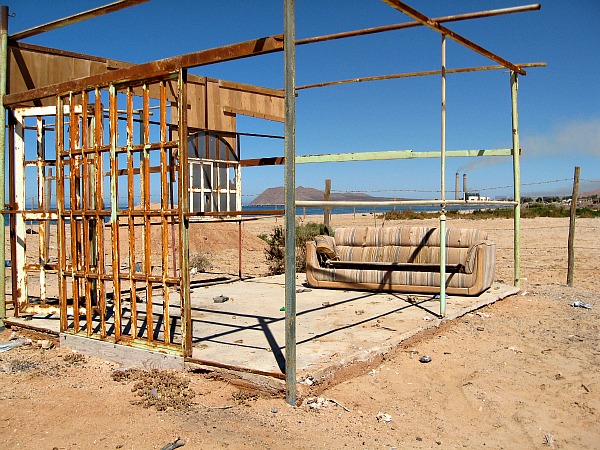 Room with a view

I meet my friends Dan and Elizabeth at the Phoenix airport and—after crashing for the night in Casa Grande—we high-tail it across the Tohono O’odham (Papago) reservation toward the border at Sonoita.  It’s really quiet there, with hardly anything at all on the US side, border town “lite.”  The Mexican side is more or less a real town, more than I remember, anyway.  From there it’s a straight drive south to Puerto Penasco (“Rocky Point”), shortest shot to tropical paradise for an Arizonan, about an hour from the border.  We’re going further south, though, to Puerto Lobos, along the new coast-hugging highway that’s now paved past Puerto Lobos on to Libertad, where there’s a major power plant…and a bus line.  There are miles of empty desert the whole way.

Puerto Lobos itself is a study in contrasts.  If it looks like a tiny little God-forsaken Mexican fishing village on the surface, peel back another layer of the onion and there’s more.  There’s a tiny community here of similarly-minded ex-pat Americans, looking to get off the grid (literally, electricity and cell phones only now arriving) on the cheap, at least part-time—build a crib, put a lock on the door, etc.  If that sounds sooo colonial, then rest assured the Mexicans do it, too.  In fact, on weekends—and especially Holy Week preceding Easter, the whole place takes on an entirely different personality, raucous and rowdy.  Thus, this tiny village of fishermen is nothing so much as a village of beach houses (mostly shacks, actually) for city dwellers, Mexican-style. 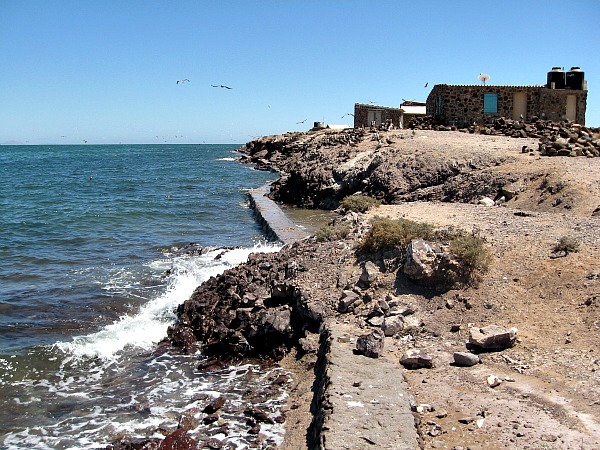 House on the point

So in my few short days I establish a little routine—coffee and a light brekkie in the morning, long walk, see the “town,” see some friends, lunch, nap, internet, etc. But the best part is the afternoon swim, out about a quarter mile to the pelicans’ island.  If the tide’s out, you can walk almost the entire way.  There are miles of unspoiled beach around here.  In the right season you can even see some misguided whales taking the scenic route.

All good things must come to an end of course, so I try to put together an onward plan as best I can.  First that means to get to Hermosillo, and then decide where to go from there, maybe the “ruta del Rio Sonora” up toward the border.  A Mexican friend says there are buses from Libertad to Hermosillo at 11 a.m. and 2 p.m.  With that info in hand I proceed down the road to Puerto Libertad.  There’s only one problem—two actually—the 11 a.m. bus doesn’t exist and the 2 p.m. bus doesn’t show up.  It’s broken down.  That means I’ll have to spend the night and catch the 5 a.m. bus next morning which apparently does exist and does show up.  At least Libertad has hotels and restaurants, unlike Lobos. 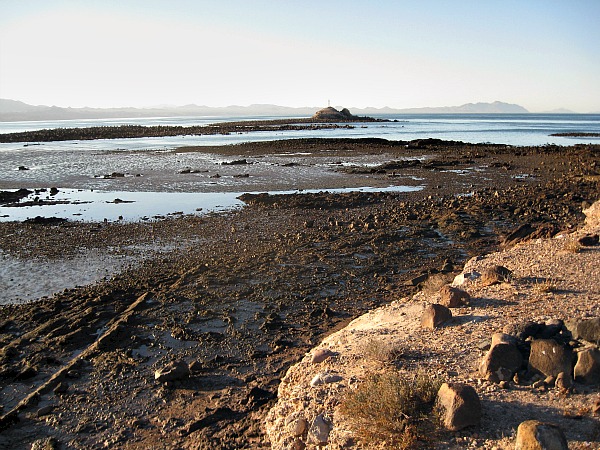 I know in my heart the trip’s really over, though, because once the rhythm’s broken, then you have to skip to the next act…and that’s LA, back “home.”  All is not lost, of course.  During that hour or so of uncertainty, standing on the sidewalk, waiting for the bus, I probably chatted with more local strangers than I have in the last thirty-five years of travel—the hardware guy, the hotel guy, the construction guy on the bicycle—all just wanting to chat, just like the old days.  Sadly it happens all too infrequently, and when it does happen, it’s notable.  That’s the warmth of human kindness…and that’s gold.  Welcome to Mexico.

Hardie Karges is the author of Hypertravel. He also has a website, blog, and an Amazon page. Check out his blog and see if his writing style appeals to you. If his book interests you, it can be ordered from any of the three links in this paragraph.