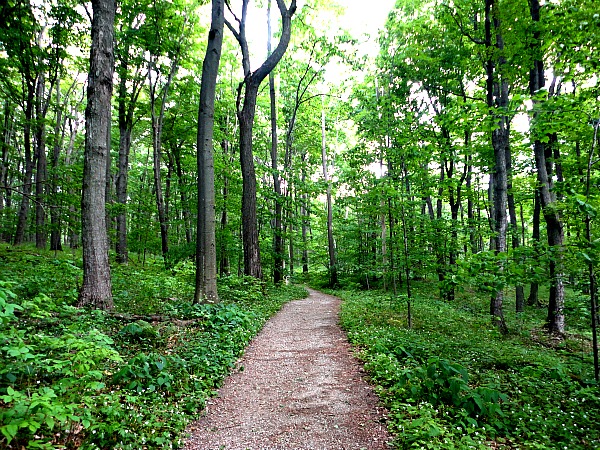 After spending a day at a deserted beach in the Platte Plains, it was time to move north in the Sleeping Bear Dunes National Lakeshore. The next day hike that perked my interest was the Empire Dunes Trail adjacent to the little town of Empire, Michigan.

The weather forecast warned of possible heavy showers in the area. The trail was only .75 miles one way, so I gambled and did not bring a rain coat. I figured I would be out of here in less than an hour, and with hope, would dodge the imminent storms.

The trail went through a beautiful hardwood forest lined with pretty wildflowers. I was reminded of how much the dunes parks had to offer besides the actual sand dunes and beaches themselves. Indiana Dunes is the same way with a heavily forested area and swamp behind the beach and the dunes. I began to hear rumbling in the distant. May not have been such a great idea to leave the rain coat in the car, but I pressed on. 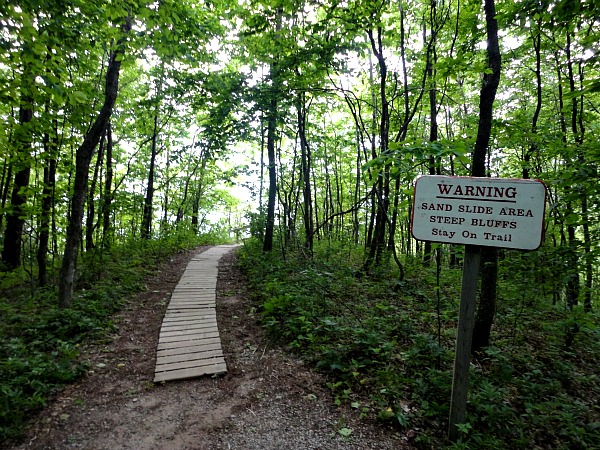 In no time I came out from the dark forest to the overlook. A sign warning of dangerous drops and erosion greeted me as I hit the open air. Rain started to sprinkle as I emerged from the forest. I could see the actual rain clouds moving forward from Lake Michigan heading straight for the coast and me. 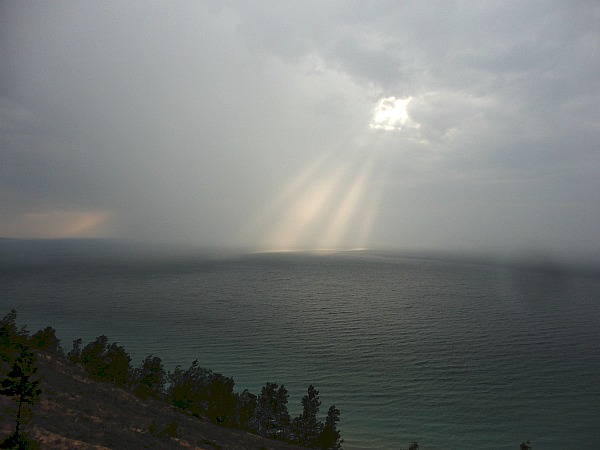 Empire Dunes and the light in the sky

The storm was small, and in fact there was a small eye of light beaming down from the middle of the lake in between the dark clouds. It looked like heaven was opening up, and I feared I might all of a sudden hear some deep voice telling me my time had come. 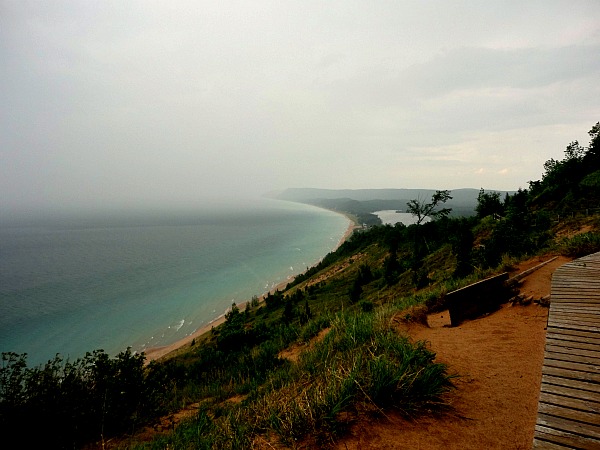 Instead, it started pouring, and I quickly took a few pictures of the impressive coastline, beautiful Lake Michigan, and the clouds. Then I turned back into the forest for cover. It was the only time all day it rained and annoyingly happened as I was reaching the most impressive scenic outlook.

The positive thing about the experience was the trail was only .75 miles. I made it back relatively unscathed from the rain despite the ill fated rain gear decision. I also decided to come back first thing in the morning. 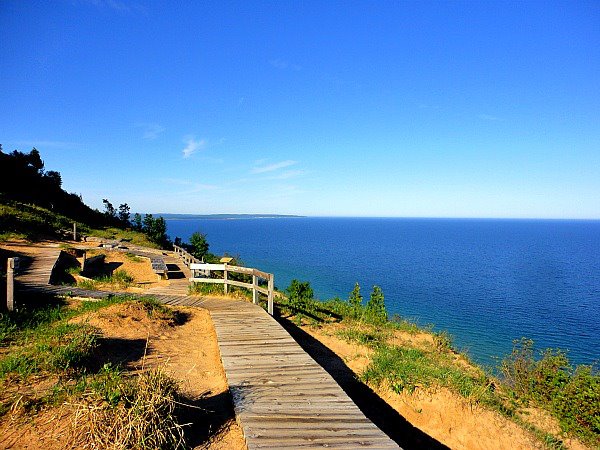 Although it was a pretty overlook with the clouds, the sun makes scenic lookouts sublime in the Sleeping Bear Dunes

This was a much better decision than I made on leaving the rain gear in the car. Next day was bright and beautiful and a perfect time to view the Empire Dunes. The only thing that distracted me on this hike was a pair of rose-breasted grosbeaks. 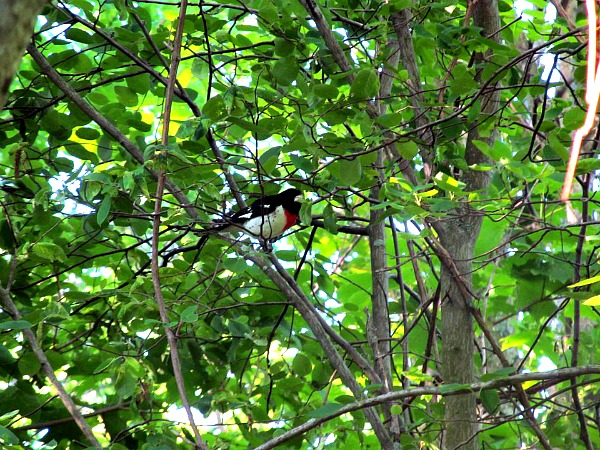 This overlook would be an awesome place to see the sunset. Bring a decent flashlight and watch the gorgeous sunset here. Then you only have .75 miles to walk back in the dark. The trail is wide and well maintained and could easily be traversed in the dark just after sunset with a good flashlight. 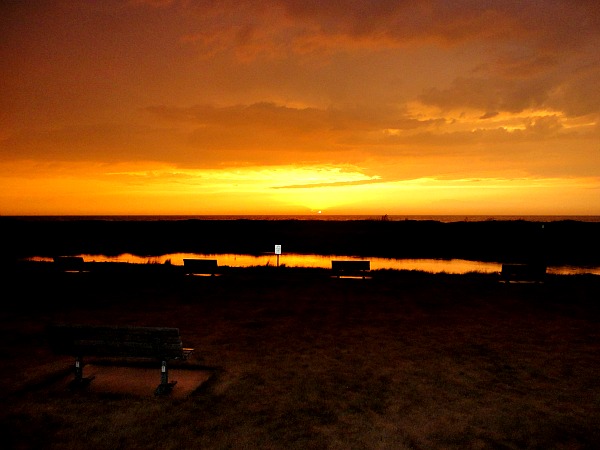 How awesome would it be to see a sunset like this at an overlook like Empire Dunes?