Visiting the highest toilet in Thailand at Doi Inthanon 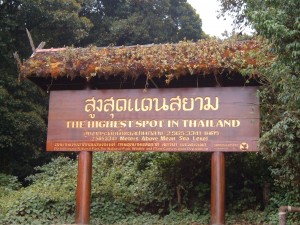 Our tour mini-bus pulled into the parking lot at the top of Doi Inthanon (Doi is Thai for mountain) in Doi Inthanon Natinal Park. Our tour operator gave a little speech and then welcomed us to Thailand’s highest mountain. The bus driver then informed us it was also home to Thailand’s highest toilet. He was not joking either as there is a bathroom right on top at 8,415 feet.  I really did not have to go, but I could not miss out on using the country’s highest facility.

I have not been on top of many of the highest mountains for each particular country, but I am guessing only a few have a bathroom there. I have never been on top of Everest, but I have seen some pictures, and I have never seen a crapper up there. This may change soon. An article recently written reports the human feces around Everest is getting out of control. Who knows, someday those pictures from the top of the world may someday include a port-o-potty.

My history background tells me to never trust one source, so I continued the search. About.com gives us the second entry and it is a top ten. Disappointedly, Doi Inthanon is not listed in the top ten even though there are toilets like my hometown Chicago’ Sear’s Tower (now Willis Tower), which are thousands of feet smaller. It does list a toilet on top of Pike’s Peak at the gift shop which is at 14,110 feet. This could be the highest WC in the U.S. as I doubt Denali has one. 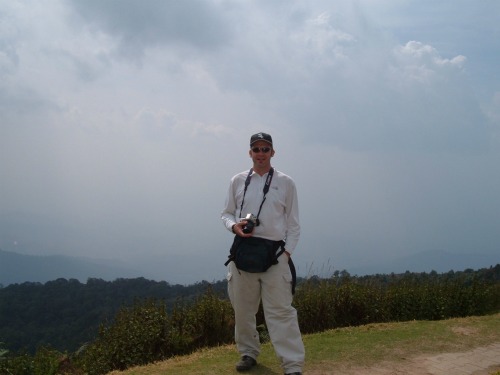 A view, but no loo at Doi Inthanon – Home to Thailand’s highest toilet

A post on Traveldudes by Mr. Traveldudes himself called Loo with a View inspired this post. Thailand’s highest porcelain throne does not have much of a view as it is tucked away among some trees adjacent to other buildings. There are some amazing views from the top, but just not at the privy. For those looking for a thunderbox with a view here will have to be satisfied with looking at their pictures from the digital camera. 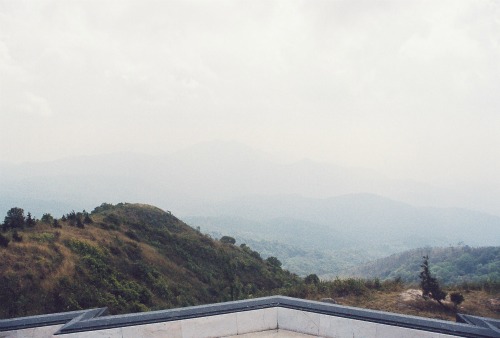 Doi Inthanon National Park is about a two hour drive from Chiang Mai. Chiang Mai is a city of travel agencies. There is no shortage of places to find and book a deal to Doi Inthanon. In Thailand, the closer you get to a destination the cheaper the guides and tours are. I learned this the hard way while on an adventure tour in Chiang Mai. Everyone else bought their tour locally and I paid quite a bit more at a travel agency in Bangkok. 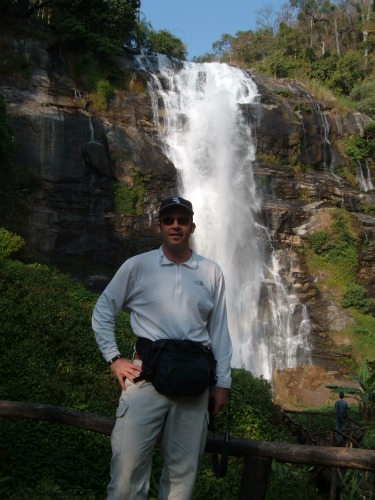 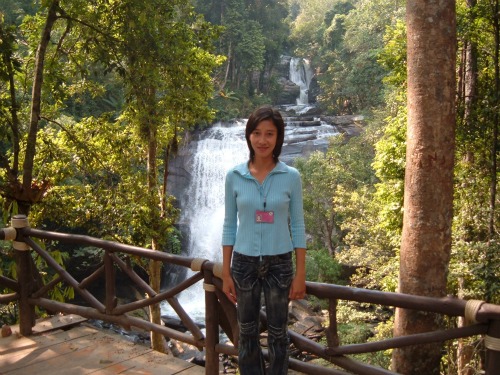 Another waterfall with our tour guide posing in front 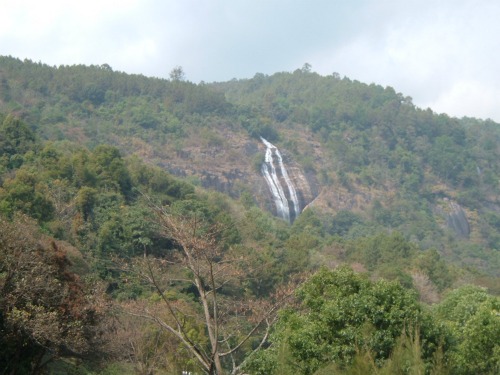 For the adventurous, consider renting a car in Chiang Mai and driving to Doi Inthanon yourself. This will give you flexibility and maneuverability to really explore the park. I enjoyed our day tour, but I would have liked to have stayed more than 5 hours inside the park.

Doi Inthanon is not only the highest point in Thailand, but also the coldest. At over 8,000 feet it is significantly cooler than anywhere else I traveled to in Thailand. Be sure to bring a long sleeve shirt, pants, and a lite windbreaker.