There is always a hint of unease when a traveler hits a new city that they have never been to before.  This is especially true when backpacking and there are no reservations awaiting at posh hotels and there is no cab, limo, or even a moto-bike with a driver holding a sign saying “Traveling Ted.”  No matter how many times the traveler accomplishes the drill there lies a slight fear of the unknown when a new destination is approached. 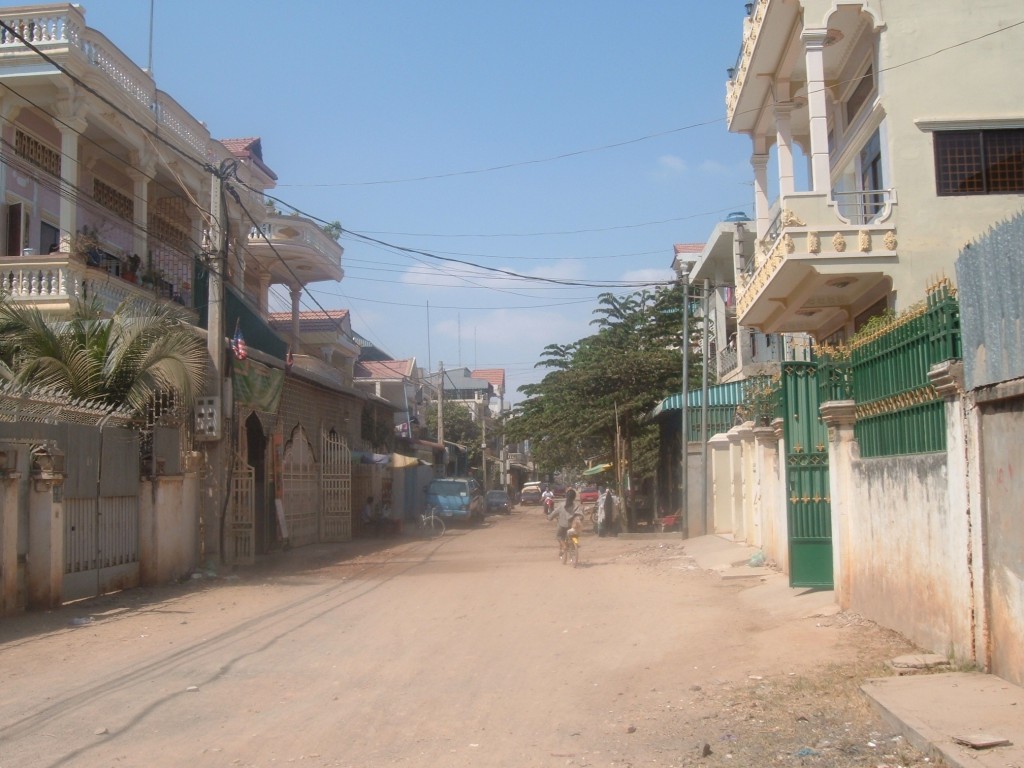 I pulled into Phnom Penh, the capitol of Cambodia on a bus from Siem Reap.  I had received plenty of good 411 on where to stay from travelers in Siem Reap and in Thailand.  Everyone said that the backpacker hostels on Bong Kok Lake rocked.  Unfortunately, the bus did not stop there and it was doubtful whether public transportation existed and if it did I had not researched it.

It turned out to be no trouble.  The minute the bus stopped the place swarmed with moto-bike drivers.  The trouble was they were so eager to help that I had a difficult time picking one.  It was like choosing one third-grade student to assist the teacher from a group of outstretched hands.

I finally settled on one who looked trustworthy.  He grinned when I chose him and introduced himself as Prem.  I told him Bong Kok Lake and he thrust his hand in the air and exclaimed “I will take you there.”  On the way he excitedly told me that he would be happy to be my guide and show me the Killing Fields, any market I wanted to see, and he also smiled and said he could introduce me to nice Cambodian lady.  Wow, Prem sure was a full service moto-bike driver.

We pulled into the hostel, and he refused to let me carry my backpack in, and he hoisted on to his back and marched to the office.  The backpack was almost as big as him.  After he deposited the bag, and I paid him he reiterated his desire to show me around.  Again he said, “I will take you to Killing Fields, Tuol Sung Museum, or ANYWHERE you want to go.”  I thanked him, and I told him I needed to settle in first before I decided.  He hovered around for a few minutes and then said he would be back. 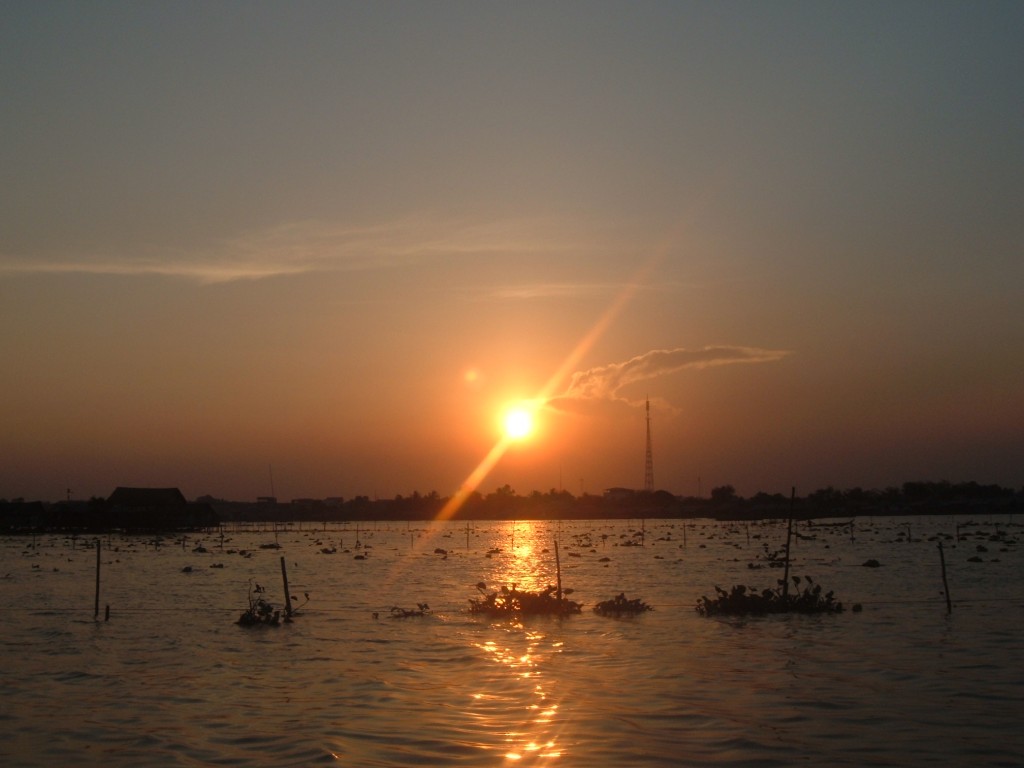 The next morning I was enjoying breakfast on this really cool deck right on the lake when my new friend Prem showed up.  He asked if I wanted to see the Killing Fields today.  I told him I kind of wanted to just relax for awhile.  He said that when I did want to go that he would take me.  I thanked him and continued to eat breakfast and read my paper.

Prem continued to hang around my table.  A few minutes went by and he asked if I would like to go to a market.  I told him I probably would just stay around the hostel today and perhaps later walk around by myself.  He stayed for a few minutes longer.  He finally got the hint that I would not need his services on this day and left.

At the time this persistence was a little annoying, but reflecting back it is completely understandable.  Sadly, Cambodia is a very poor country.  The Khmer Rouge turned the country back maybe a hundred years with their economic policy and general insanity.  It will take decades to recover.  In the meantime they are desperate for tourist dollars.  I met many people who make $14.00 a month, so if a moto-bike driver is able to take one person on a ride per day they make more than many laborers. 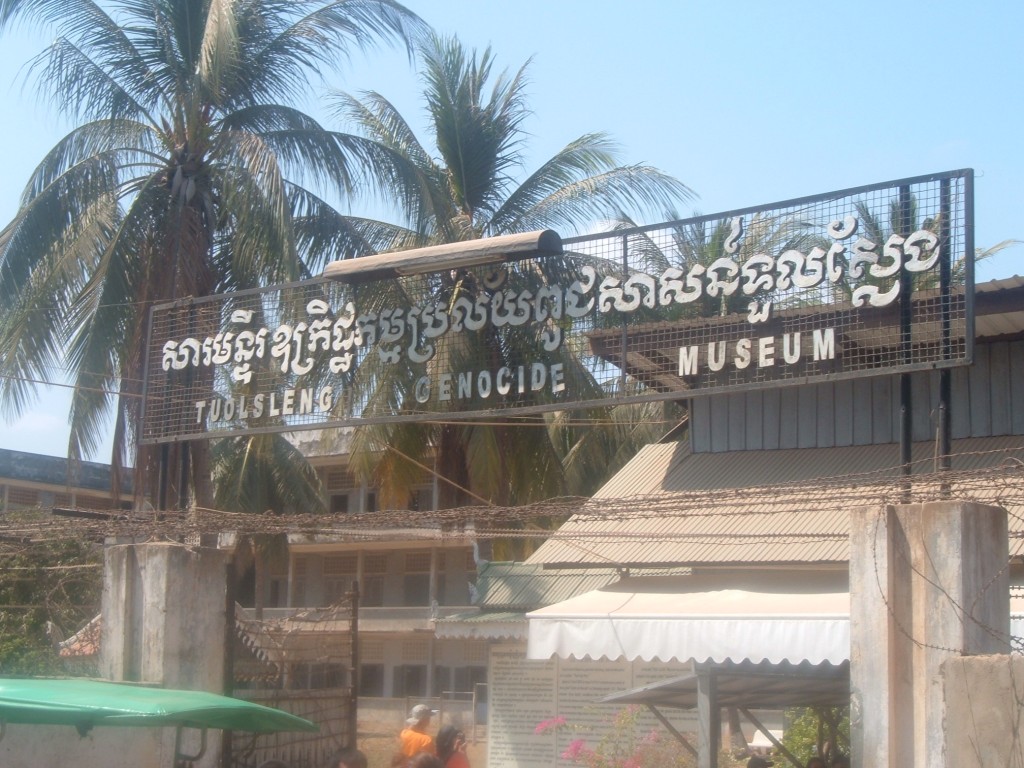 Tuol Sleng Museum in Phnom Penh, Cambodia is a somber reminder of the insanity of the Khmer Rouge

I do not think this doggedness by many Cambodians to give you a ride, or sell you some postcards, or take you on a tour is just desperation for money.  I think it also reflects a general desire to please and to assist foreigners that come to see their country.  Every time Prem asked to take me somewhere he was super enthusiastic about it.  When I said no he did not pout or plead.  He paused and waited a second and then tried again with double the enthusiasm.

Thus ends part I of this tale from Phnom Penh Cambodia, but we have not seen the last of our good friend Prem.