Cross-country skiing is a sport that sounds more adventurous than it really is.  The term cross-country implies overland skiing without trails.  Those unfamiliar with the sport probably imagine skiers who trek over snow drifts and through the woods when they think about the activity.

Although this is possible, it is rarely done.  Cross-country skiing has evolved into a sport where trails are groomed by snowmobile. Whether one skis in the classic style or the skate style; we are accustomed to follow a motor powered instrument. 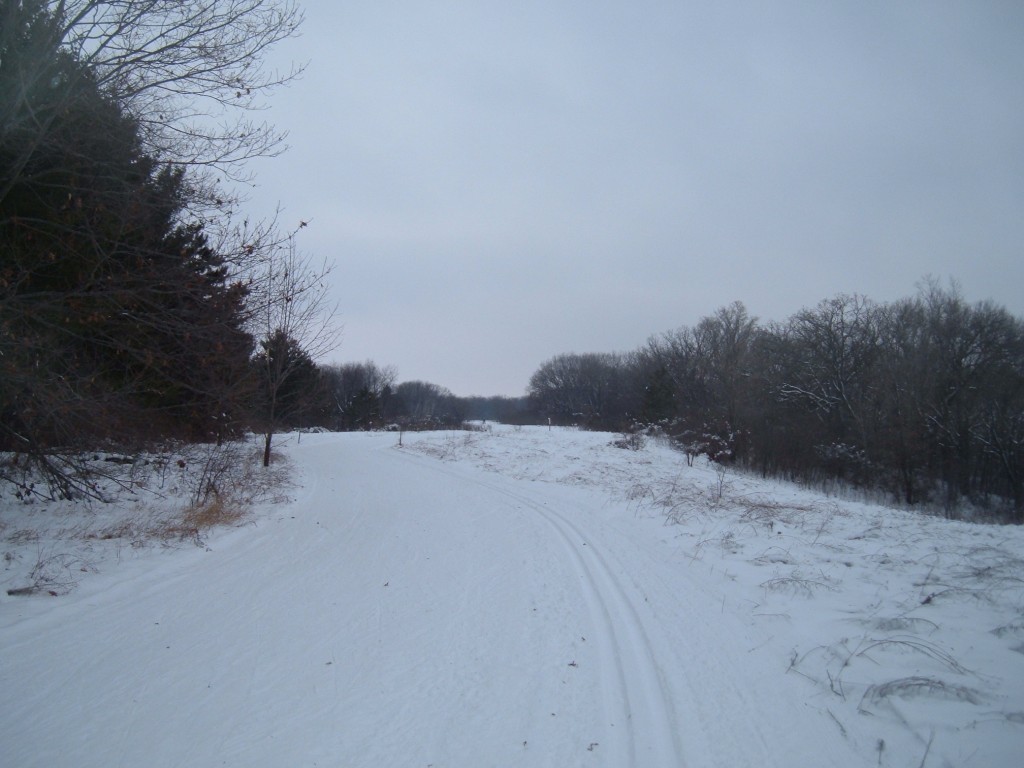 America’s most prestigious cross-country ski race, the American Birkebeiner, is named after a dramatic ski rescue in Norwegian legend.  The Birkebeiners were rebel Viking warriors, and they were named for the protective birch bark leggings they wore.

In 1206 the Birkebeiners set off on a dangerous mission through treacherous mountains and took the 2 year old Haakon Haakonsson to safety in Trondheim. This preserved the life of the boy who would be king.  In 1240 King Haakon ended years of Civil Wars and took the throne.  Certainly these brave rebels were not following a track laid down by snowmobiles.

In honor of the Birkebeiners, try a real cross-country ski excursion.  It is possible to step out of the machine laid tracks and make a real adventure out of it.  This is just what I did on Saturday when I was at the Warren Dunes State Park in Michigan.  This park does not groom the trails, but there have been other skiers who have already skied there and have already laid down a track. 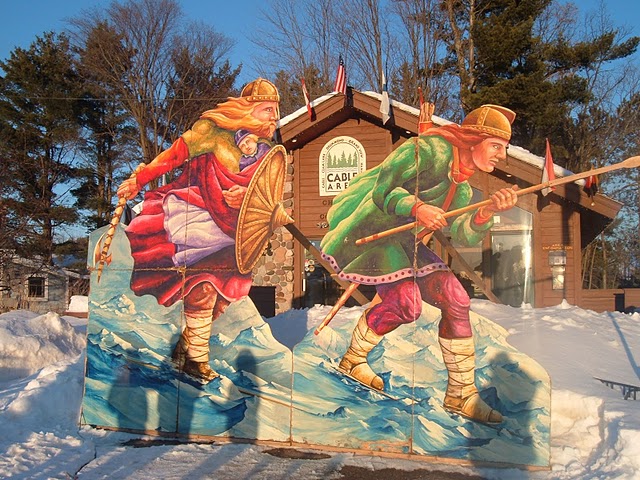 At one point the tracks prematurely ended right before a steep hill that went straight up.  I thought about turning around and taking the easy way out, but I was intrigued by what lay ahead.

I awkwardly herring boned up the hill.  At the top was a turn and around the bend was a stunning view of Lake Michigan and the sandy dunes along the coastline. 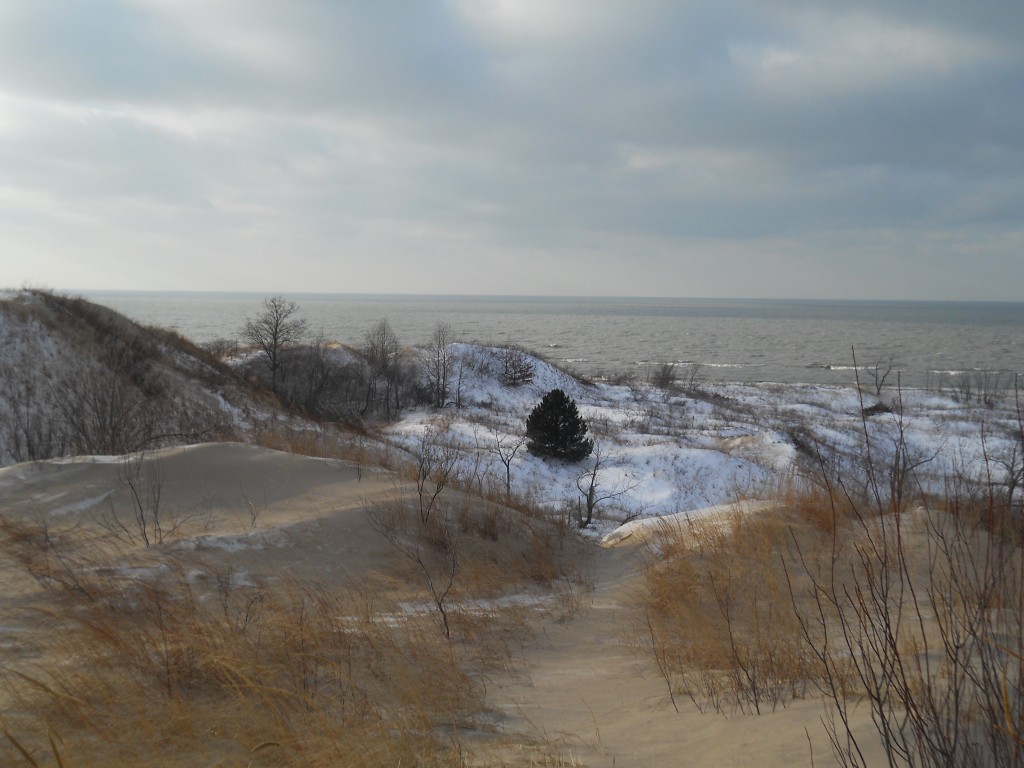 The dunes exposed to the lake are completely devoid of snow as the wind that whips in from the lake sweeps the snow into the woods.  I skied down the slope toward the beach and my ski tracks turned to footsteps as I shed my skis and walked along the dunes to get closer to the lake. 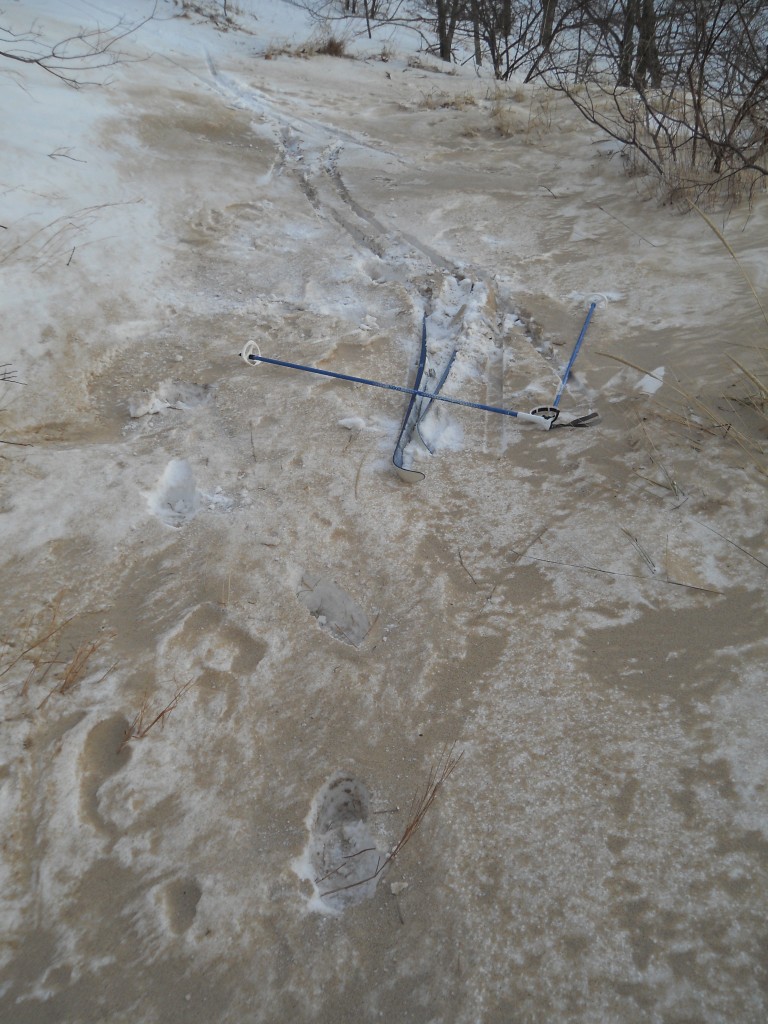 The great part about being a cross-country ski trailblazer is the trail will be your own.  I hung out on the ridge for about 20 minutes and enjoyed the solitude, the scenery, and the lake.  There was absolutely no one around and all I could hear was the wind and the waves crashing on the beach. 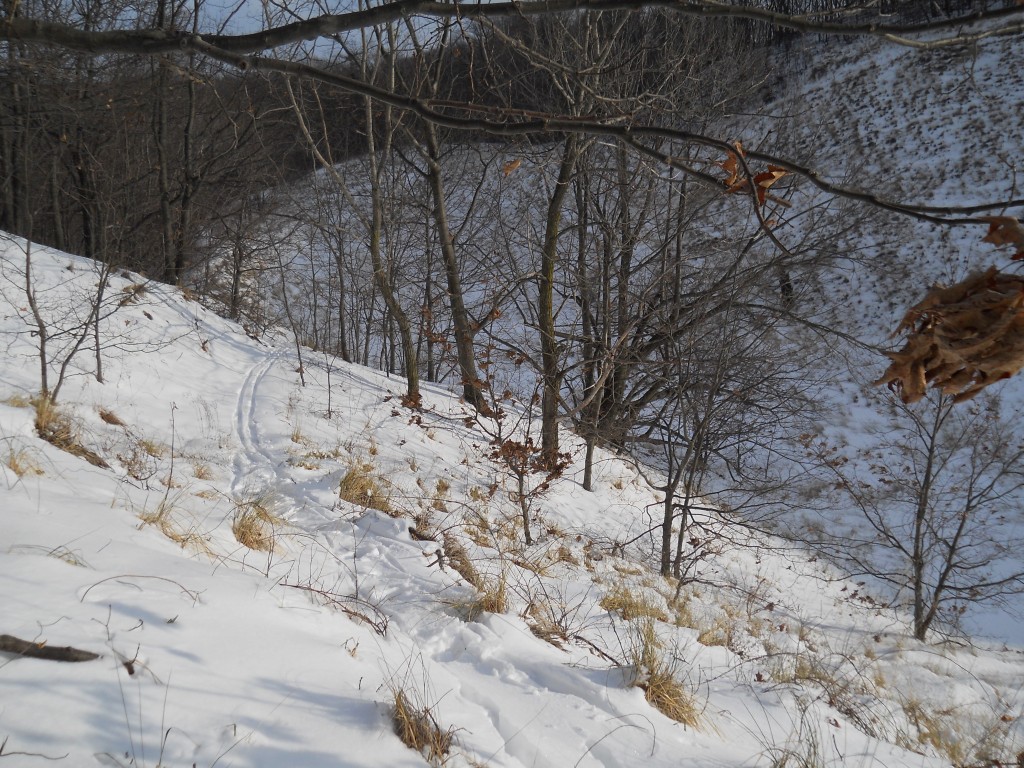 Looking back down over my ski trail that I created

I returned to my skis and had to ski down the steep hill I had climbed.  I promptly wiped out on the incline, but I took solace in the fact that I crashed on my trail. 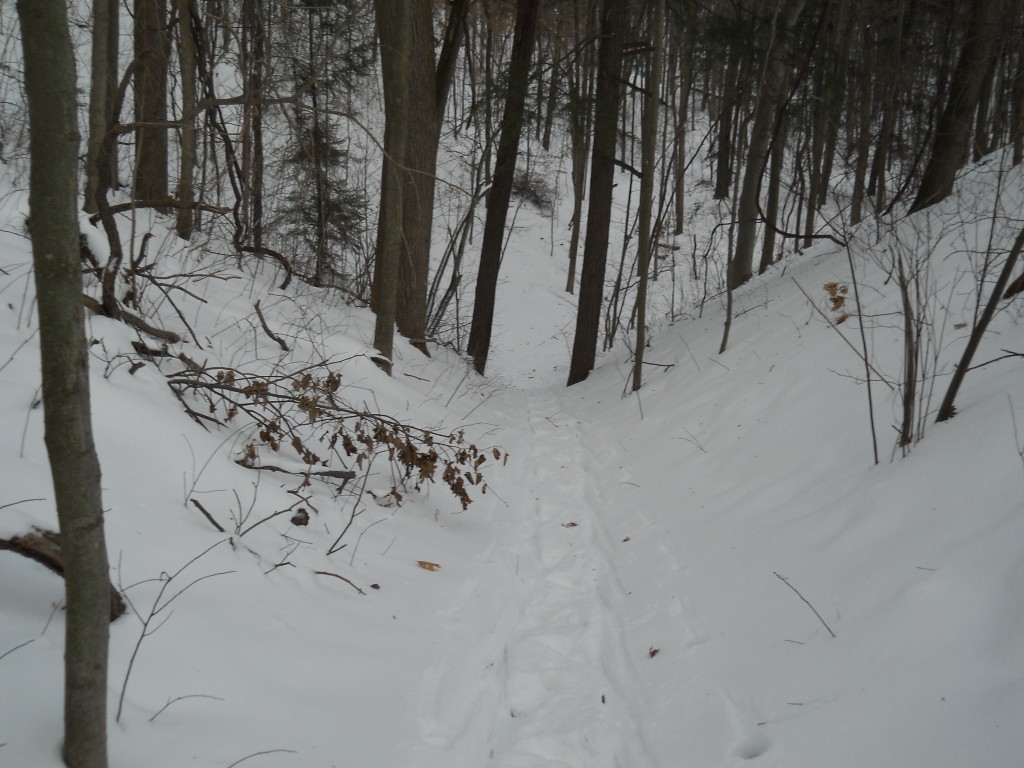 On the Wolf River in northern Wisconsin there is a rapid called Gilmore’s mistake.  A renowned whitewater paddler most likely dumped here and the nickname caught on.  Maybe someday people will refer to this hill as Traveling Ted’s mistake.