Ladyboys are the last thing you think you would find in a Thai National Park. Little did I know after a day of adventure, my night would be spent camping with a ladyboy.

As sunset loomed, after setting up camp, I took a walk on the roads outside the campground at Khao Yai National Park in Thailand.  I immediately saw a bunch of deer, some monkeys, and hornbills everywhere. This was the Thailand I imagined when watching the jungle scenes from Bridge over the River Kwai. I was looking through my zoom lens at some hornbills when I saw a flash of gold run through the field to my right in the distance. It was tiger like color, but too small. It turned out to be three wild dogs.   The wildlife here was incredible. 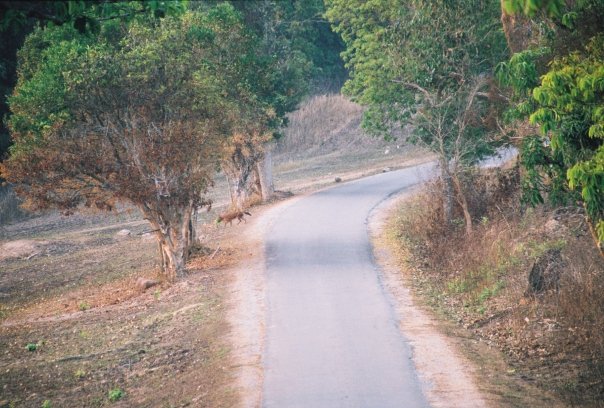 I returned to the campground around dusk.  I had a long evening the night before with young Thai students that gave me a ride into the park while I was hitchhiking.  Tonight I just wanted to chill out.  I was the only farang in the campsite and therefore a novelty. Going back to my tent I passed a cute Thai couple eating in front of their tent. The man held out a glass and said “Thai whiskey?” I hated to turn down his offer, but I did.

I was almost at my tent where I could relax when a boisterous welcome thundered from my neighbor’s tent.  “Welcome to Thailand, come here,” a woman graciously yelled.  Well, I could not pass up this gesture of extreme friendliness, so I walked over and said hello. 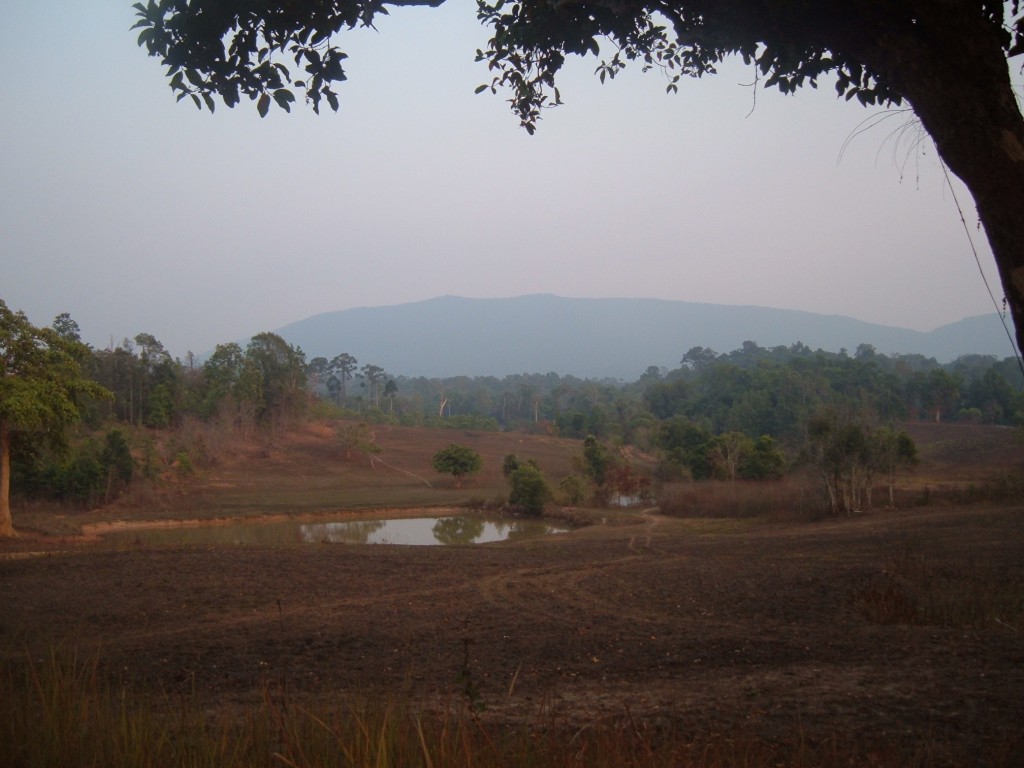 I was greeted by Toon, Tik, and Wit who were husband, wife, and wife’s brother. They had all this food spread out and encouraged me to eat. They also had a bottle of Thai whiskey.  They encouraged me to drink and eat and sit and talk with them.  They had a tray of pineapple and mango along with fish, rice, and other treats. Even though I had already eaten I was still hungry. 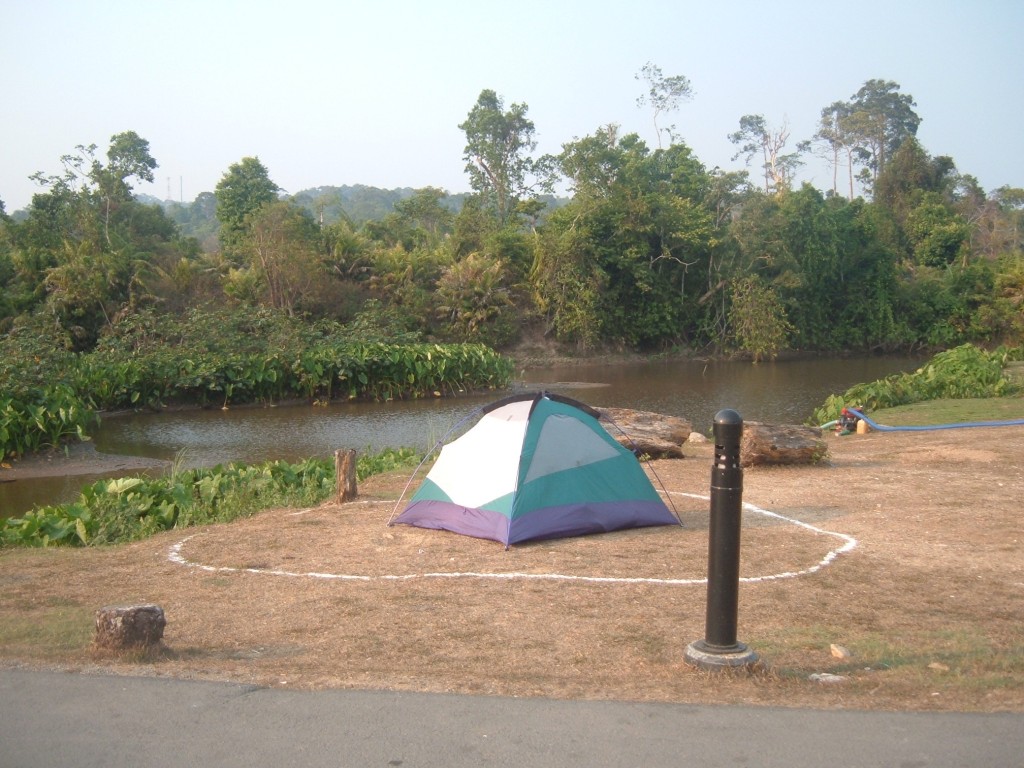 Toon was a former airborne ranger in the army. His wife was named Tik, and she was really pretty. She said she had a 27 year old son, which shocked me because she could have passed for 27. She told me she was 47 and that just floored me. Her brother reminded me of the Saturday night Live special where the person’s sex was hard to tell and the person’s name was Pat making sexual distinction even tougher. 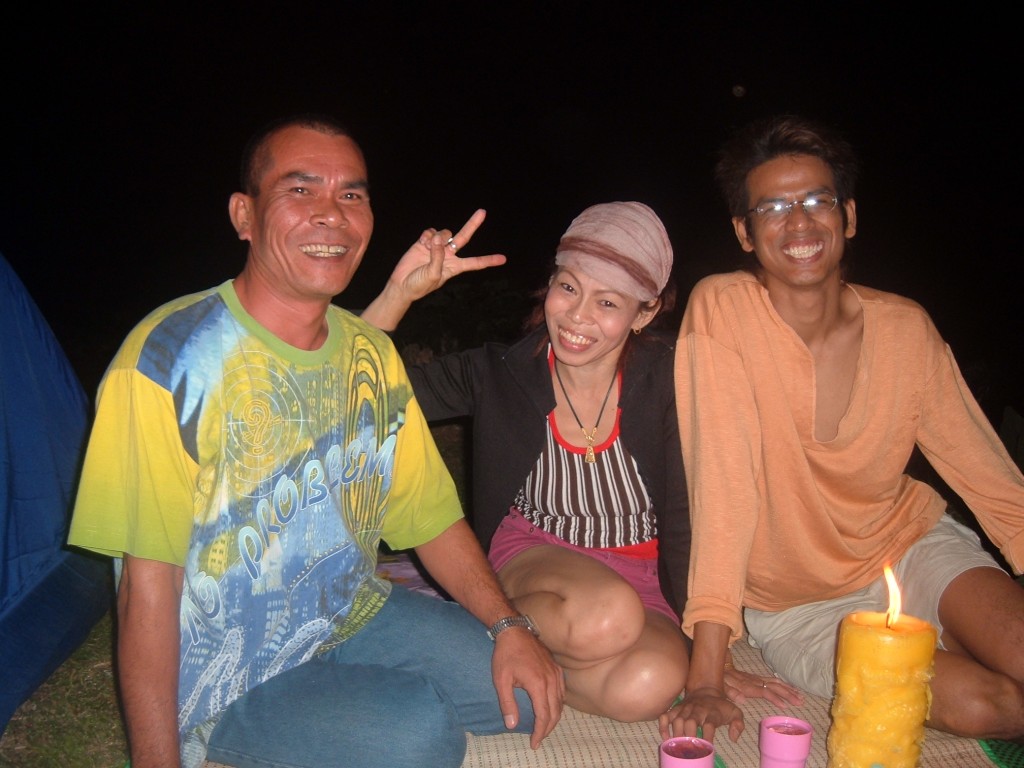 Tik’s brother’s name was Wit.  He was flat chested and had an Adam’s apple, but smiled and had a demeanor of a female. He also had this little nervous laughter that sounded like a high school girl giggling. He was a hairdresser. Tik referred to her brother with the pronoun “him,” but she sometimes called him her sister. I thought it was mistaken English perhaps, but I soon realized that Wit was a ladyboy. The term ladyboy, or as the Thai’s call “katoeys,” does not necessarily mean the man has a sex change to female. I think it could also mean a very effeminate male. 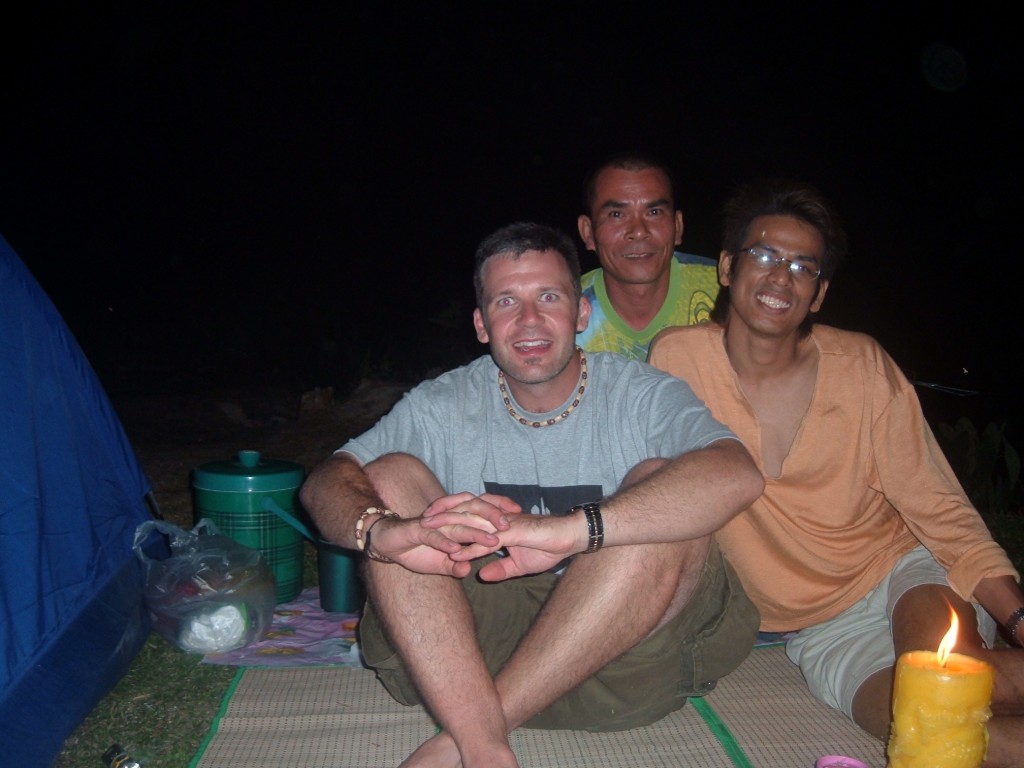 Camping with a ladyboy

The term “ladyboy” in Thailand always gets a laugh, but the humor the term evokes seems to always be good-natured.  In my observation, even the ladyboys laugh at the ladyboy jokes. No one appears to get offended.

In America if you call someone a fag, gay, or queer it can be very offensive to certain people and might even land you in sensitivity training. This is due to the tone of these words which are derisive and hateful.

Although there is a lot of good natured ribbing at the expense of katoeys in Thailand, they are not only tolerated but respected in Thai society. The same can be said in our society, but unfortunately there is a small minority that hates homosexual people and even attacks them both mentally and sometimes even psychically.

From what I observed this type of hate is unheard of in Thailand.  We could learn a lot from the way Thai people treat their katoey population as I learned a lot from camping with a ladyboy.